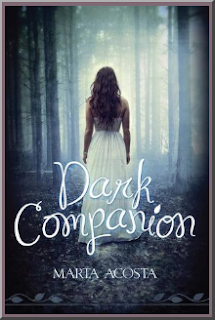 When foster teen Jane Williams is invited to attend elite Birch Grove Academy for Girls and escape her violent urban neighborhood, she thinks the offer is too good to be true. She’s even offered her own living quarters, the groundskeeper’s cottage in the center of the birch grove.

Something’s not quite right about the school — or is it Jane? She thinks she sees things in the birch grove at night. She’s also beginning to suspect that the elegant headmistress and her sons are hiding secrets. Lucky is the gorgeous, golden son who is especially attentive to Jane, and Jack is the sardonic puzzling brother.

The school with its talented teachers and bright students is a dream for a science and math geek like Jane. She also loves her new friends, including hilarious poetry-spouting rich girl, Mary Violet. But the longer Jane stays at Birch Grove, the more questions she has about the disappearance of another scholarship girl and a missing faculty member.

Jane discovers one secret about Birch Grove, which only leads to more mysteries. What is she willing to sacrifice in order to stay at this school…and be bound to Birch Grove forever?

I saw this a while back on Goodreads and have been awaiting it since. The cover is gorgeous for one, and the premise sounds original as well as intriguing. I love suspense and creepy stories, and this sounds like exactly my type of novel. Sadly, I have a long time to wait! 🙁
What about you? What book are you awaiting?

Clay Jensen returns home from school to find a mysterious box with his name on it lying on his porch. Inside he discovers cassette tapes recorded by Hannah Baker—his classmate and crush—who committed suicide two weeks earlier.

On tape, Hannah explains that there are thirteen reasons why she decided to end her life. Clay is one of them. If he listens, he’ll find out how he made the list.

I absolutely loved this book. What an eye opener. In Thirteen Reasons Why we listen to audio tapes that was sent to 13 people by Hannah who committed suicide, to explain her reasons why.

END_OF_DOCUMENT_TOKEN_TO_BE_REPLACED

A mysterious island.An abandoned orphanage.A strange collection of very curious photographs.It all waits to be discovered in Miss Peregrine’s Home for Peculiar Children, an unforgettable novel that mixes fiction and photography in a thrilling reading experience. As our story opens, a horrific family tragedy sets sixteen-year-old Jacob journeying to a remote island off the coast of Wales, where he discovers the crumbling ruins of Miss Peregrine’s Home for Peculiar Children. As Jacob explores its abandoned bedrooms and hallways, it becomes clear that the children were more than just peculiar. They may have been dangerous. They may have been quarantined on a deserted island for good reason. And somehow—impossible though it seems—they may still be alive. A spine-tingling fantasy…

END_OF_DOCUMENT_TOKEN_TO_BE_REPLACED

Cassel comes from a family of curse workers — people who have the power to change your emotions, your memories, your luck, by the slightest touch of their hands. And since curse work is illegal, they’re all mobsters, or con artists. Except for Cassel. He hasn’t got the magic touch, so he’s an outsider, the straight kid in a crooked family. You just have to ignore one small detail — he killed his best friend, Lila, three years ago.Ever since, Cassel has carefully built up a façade of normalcy, blending into the crowd. But his façade starts crumbling when he starts sleepwalking, propelled into the night by terrifying dreams about a white cat that wants to tell him something….

END_OF_DOCUMENT_TOKEN_TO_BE_REPLACED

“In My Mailbox” is a meme, created by Kristi at The Story Siren, that features books I’ve received/purchased/borrowed during the current week. This is my very first IMM post. Hurrah! This week, I have received for review:      I have gotten from giveaways:        This is it for this week. I have not purchased any this week. I’ve been too busy to shop *gasp*. Yes, it is true. 🙁 What’s in your mailbox this week?

END_OF_DOCUMENT_TOKEN_TO_BE_REPLACED

Katsa has been able to kill a man with her bare hands since she was eight—she’s a Graceling, one of the rare people in her land born with an extreme skill. As niece of the king, she should be able to live a life of privilege, but Graced as she is with killing, she is forced to work as the king’s thug.When she first meets Prince Po, Graced with combat skills, Katsa has no hint of how her life is about to change. She never expects to become Po’s friend. She never expects to learn a new truth about her own Grace—or about a terrible secret that lies hidden far away . . . a secret that could destroy all seven…