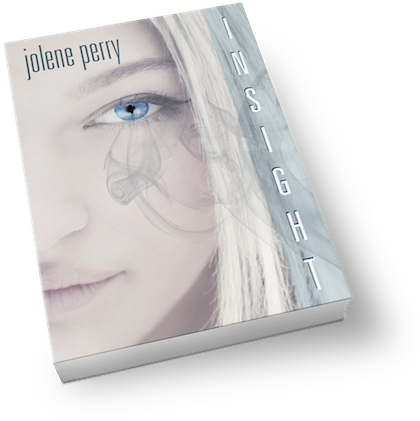 Micah hates her ability to “see” things when she touches people. She’s terrified of relationships, holds on to guilt over the death of her classmate, Lacey, and has no idea what to do with a vision from Landon, a boy from her school. She feels him falling for her, but Micah doesn’t do friends, much less relationships.

Enter a spooky history project about a tragedy from three hundred years ago, and voodoo dolls that Micah somehow feels has to do with her gift. Suddenly she’s sure the shadows in the woods are following her every move—without Landon’s relaxed attitude about what’s happening in her life, Micah would be sure she’s going crazy.

With no ideas on timing or specifics, the visions of both herself and the people she cares about are turning dark—and it appears the shadows around her house do move on their own. But as Micah and Landon try to prevent Micah’s visions of the future, the shadows close in, and they’re now afraid they’ve become the cause…

Micah’s story is the first of three girls, with unique talents, who are part of a 300 year old tragedy that follows them in the shadows.

*A copy was provided by YA Bound for review*

Having heard such great things about Jolene Perry’s books I jumped at the chance to read one of them. Although it’s funny that it’s the cover for book 2 that initially attracted me to it. While this one is nice, the sequel’s cover is so pretteh! As for the book, overall I thought it was a pretty fun read, though some aspects of it definitely stopped me from loving it.

The most prominent of these aspects is the forced nature, or stiffness, from the characters and events. It’s hard to even pinpoint examples as it was mostly a feeling that I got throughout the book in regards to the characters’ reactions, dialogue, as well as the flow of the story. Some of it seemed artificial to me, to either push a point, or insure certain plot developments. Nevertheless, the book kept my interest, even to the point of having me reflect on her situation hours afterwards–what it would be like to see visions every time you touch someone, not knowing if it’s the past or present, or if you could potentially save someone’s life. What would I do with these visions? Although not the first time I come across a similar premise, I had fun with it and it was well executed for the most part. We did get some hints on the cause of her ability, where it came from and why she has it, but it didn’t go very deep in that area. This novel seemed to have been mostly about Micah coming to terms with her situation and being around people. Learning more about what she can and can’t change as well as opening up about it. The sequel will hopefully go into more details about the legend we’re introduced to, including the creepy shadows she’s sensing in the woods.

The romance is one part that I did enjoy regardless of the lack of truly deep emotional output, which is surprising, considering. I thought it was a realistic portrayal of a teenage romance with the expected amount of mistrust and skepticism, but also wanting to jump all in. The love interest, Landon, is a sweet guy, however I was not convinced of his turning from player to perfectly loyal boyfriend in such a short time. All in all there could have been some improvement in character development and growth towards not just Landon, but Micah as well. Neither are unlikeable, but they aren’t especially memorable either.

Even though it was a little stilted, the book is interesting and I was told that the sequel is worlds better, which is always encouraging when you didn’t completely love the first installment. Knowing this, I will most likely be continuing with the series and hopefully find the flow more natural in books to come. 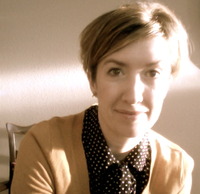 Jolene kissed a boy on her high school graduation night. One she’d wanted to kiss for a long time. They got married two years later, have built two homes together, survived military deployments, law school, student loan debt, and two children.
Jolene plays the guitar, takes pictures, and loves to hike. She doesn’t like rivers, but loves the ocean. She loves to fly, but gets motion sick. Her ultimate vacation would be to sail through the deserted islands in The Bahamas. Two years ago, she got that wish when her parents retired on a sailboat.
She taught high school French when she was only a few years older than her students, and then taught middle school math with her degree in political science and French.
She spends grocery money on designer fabric, shoes, and books.
Jolene cannot express how many times she wished she could write a whole novel. And now she has. Several times. Life is good.