Hello lovelies, I hope you’re as happy as I am to get a chance to know Jen Calonita a bit better today. She’s a fabulous author and you may recognize her most recent novel, Belles. I, myself, enjoyed and reviewed it on the blog last month. If you’re not familiar with it, here’s the deets: 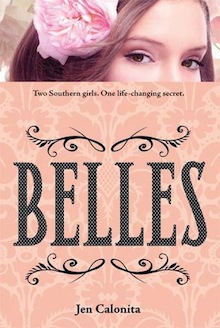 Fifteen-year-old Isabelle Scott loves her life by the boardwalk on the supposed wrong side of the tracks in North Carolina. But when tragedy strikes, a social worker sends her to live with a long-lost uncle and his preppy privileged family. Isabelle is taken away from everything she’s ever known, and, unfortunately, inserting her into the glamorous lifestyle of Emerald Cove doesn’t go so well. Her cousin Mirabelle Monroe isn’t thrilled to share her life with an outsider, and, in addition to dealing with all the rumors and backstabbing that lurk beneath their classmates’ Southern charm, a secret is unfolding that will change both girls’ lives forever.

Did you miss my review of Belles?
Have a look here!

Q. Belles is such a fun, refreshing novel – especially great for a summer read! Did it go through a lot of changes before it finally got published?
Thank you! I think all books go through a revision process. I always tell teens in my writing workshops that no author writes a book that goes straight to the plant to be printed! We all have to revise and I’m so thankful for editors who help me see where my work can be improved and where the story needs some polishing. But overall, yes, the story of BELLES has pretty much been the same from the start. I loved the idea of dropping someone unexpected into a “so-called perfect” environment and then having her change everything for everyone!

Q. We’ve got two polar opposites as our protagonists; how hard was it to switch from writing one POV, to the other, with them being so different?
Sometimes I think it might have been easier to write one person’s story completely and then the other’s, but I didn’t do that. I wrote Mira and Izzie chapters back to back and I think they bounce off each other so nicely with their distinct personalities that it helped me through the process. I always knew if I was dealing with Izzie, what Mira would have to say about the situation, and vice versa.

Q. Which of these two characters did you enjoy writing the most and why?
I can’t pick! I honestly love them both. I love Izzie’s strength and her ability to fight for what she believes in. I love how Mira changes so much over the course of the first book, but still tries to stay a lady. I like to say Mira’s model is Kate Middleton! Izzie and Mira are like my own personal Pippa and Kate and when I first started writing them, I had a picture of Kate and Pippa on my corkboard for inspiration!

Q. Between Izzie and Mira, who do you most relate to?
Hmm…Izzie is who I wish I was in high school (more of a risk taker) and Mira is who I was (in terms of personality sadly — I worried a lot about what other people thought!). But I didn’t have Mira’s sense of style. I wish I did!

Q. I read in your bio that you worked in entertainment and have interviewed a lot of celebrities (jealous!), did that influence your writing in any way?
Absolutely! My first series, Secrets of My Hollywood Life, is about a teen star who is never quite sure if she loves Hollywood or if she’s a star because it’s what she’s done since she was a kid. I pulled from a lot of the work I did as a reporter who interviewed a lot of teen stars on the rise and on the decline.

Q. What are you reading now?
On my Nook is Jonathan Tropper’s “This is Where I Leave You.” But I’m still mostly a hold-a-book-in-your-hands kind of gal, so I’m also carrying Jen E. Smith’s “The Statistical Probability of Love at First Sight.” I’ve been dying to read it!

Thanks so much for visiting Xpresso Reads, Jen! I can’t wait to read more about Mira and Izzie in the coming sequel. And FYI – Statistical Probability of Love at First Sight is adorable! 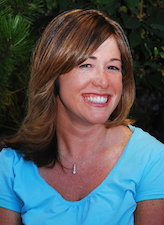 I love writing novels for teens (and for savvy grown ups who know that YA rocks at any age). My first series was “Secrets of My Hollywood Life” and it followed a teen star named Kaitlin Burke who struggled with the fame game. I have also written the stand-alone novels Sleepaway Girls and Reality Check. But I’m most excited for you to read my new series Belles. It follows two polar opposite Southern girls who share the same roof and one life-changing secret. I’ll be blogging more about the girls soon, but for now, you can follow the book and what inspires the details on Pinterest where I have a board dedicated to Belles.

Look forward to Winter White – the sequel to Belles – in October!

Have a look at Jen Calonita’s full book list here!

Fifteen-year-old Isabelle Scott loves her life by the boardwalk on the supposed wrong side of the tracks in North Carolina. But when tragedy strikes, a social worker sends her to live with a long-lost uncle and his preppy privileged family. Isabelle is taken away from everything she’s ever known, and, unfortunately, inserting her into the glamorous lifestyle of Emerald Cove doesn’t go so well. Her cousin Mirabelle Monroe isn’t thrilled to share her life with an outsider, and, in addition to dealing with all the rumors and backstabbing that lurk beneath their classmates’ Southern charm, a secret is unfolding that will change both girls’ lives forever.

*A copy was provided by Hachette Book Group Canada…