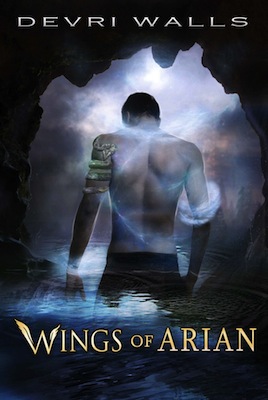 Wings of Arian
Devri Walls
Release date: May, 2012
by Stonehouse Ink
Add it to your Goodreads 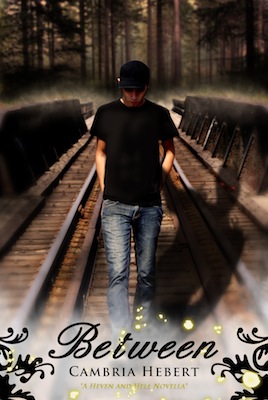 I grew up in a comfortable house with two parents and a white-picket fence. My brother, Sam, and I used to play with sticks in the backyard and pretend they were swords. There were always cookies on the table and milk in the fridge. Then, one day, things changed.

Life was never the same again. Sam left. My parents abandoned him when he needed them most, and I was left to survive in a house that was merely a shell of what it used to be. Mom cried all the time and Dad expected me to fill the void my brother left behind. But mostly, all we did was pretend. We pretended that things weren’t messed up. We pretended that Sam never existed.

Until I changed, too.

Now, everything’s a mess and I’m so confused. It’s like there are two different people trapped inside one body—my body—and one of them wants out. I do things. Bad things and I don’t know how to stop. I’m not sure I want to. The only way I can be normal again is if I find Sam. He’ll know what to do.

Previous books in The Heven and Hell series:

I love how different these are! Wings of Arian’s cover is definitely sexy and powerful. This will be the first in a planned trilogy and it sounds awesome. Plus I got to know Devri on Twitter and she’s fabulous. As for Between I really like the ominous shadow on the ground! Plus Cambria is also fabulous and I really enjoyed the other books in the series so far! You can read my review of Masquerade here.
Let us know what you think of these pretties! 🙂
The following two tabs change content below.

23 Responses to “Cover Reveal: Wings of Arian & Between”