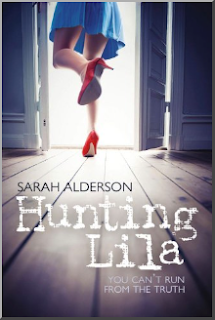 17-year-old Lila has two secrets she’s prepared to take to the grave. The first is that she can move things just by looking at them. The second is that she’s been in love with her brother’s best friend, Alex, since forever. Or thereabouts.After a mugging on the streets of South London goes horribly wrong and exposes her unique ability, Lila decides to run to the only people she can trust – her brother and Alex. They live in Southern California where they work for a secret organisation called The Unit, and Lila discovers that the two of them are hunting down the men who murdered her mother five years before. And that they’ve found them. Trying to uncover the truth of why her mother was killed, and the real remit of The Unit, Lila becomes a pawn in a dangerous game. Struggling to keep her secrets in a world where nothing and no one is quite as they seem, Lila quickly realises that she is not alone – there are others out there just like her – people with special powers -and her mother’s killer is one of them…

With memorable characters, a sweet romance and an exhilarating plot – Hunting Lila is a fantastic read. The cover is what drew me to read this novel at first. It’s unique, sexy and mysterious. Once I read the premise that described a girl with special abilities and lots of excitement. I knew I had no choice but to read it.

Going into this, with the incredible reviews it’s been getting, I had high hopes. I’m happy to say that I was not disappointed. Hunting Lila has a great plot that swept me in from the start. We meet Lila right away during a mugging, trying not to stab a guy in the eye with a hovering knife… that she’s controlling. See, Lila can move objects with her mind. She doesn’t know why or how, but she’s been able to for the last three years. This mugging incident makes her flee to California to go stay with her brother and, most importantly, see Alex again – her brother’s best friend who she’s been secretly in love with her whole life.

Lila is a wonderful character. I adored her from the get-go. She’s stubborn, feisty, unsure of why she has this ability and with a huge – but completely adorable – crush on her brother’s best friend. What goes through her mind when she sees, or even just thinks about, Alex is incredibly sweet and often amusing. She contemplates every detail and perceives every reaction – it’s pretty entertaining. Her feelings really feel genuine, though. It’s not hard to imagine being as irrational as she, with a crush like hers. A crush she’s had her whole life. It was absolutely romantic. And Alex, I loved him! He’s sexy, charming, protective, has a big heart – just dang perfect!

I did notice a few similarities with Hunting Lila and the TV series, Heroes. The conspiracy behind the agency, the abilities, the power hungry villain, the mind piercing “weapon”, are all also found in the show. So the idea behind the book is not something I haven’t stumbled upon before. However, Hunting Lila does have a unique plot, fun mysteries and unexpected twists. Just when I thought I had it all figured out… BAM, another bomb was dropped. I was really impressed by the complexity of it all. I have really high hopes for the sequel, Losing Lila, which promises to be action packed and full of adrenaline.