Team Captain: The captain has the most difficult task of leading a group of rag-tags so finding the person fit for the job requires a lot of thought and care. While there are many great people out there capable of being a leader, I went with Yelena from Poison Study because even though she occasionally sees herself as a lone wolf she is actually really good at bringing a group of people (and lone wolfs) together. She is a born leader even if she doesn’t always see herself as one.

Architect: Peter Bishop from The Fringe tv show. If you’ve watched the tv show you know that Peter Bishop is amazing and absolutely worthy of the architect title. He is incredibly smart, clever and resourceful and I think those are all important qualities for a good architect to have. 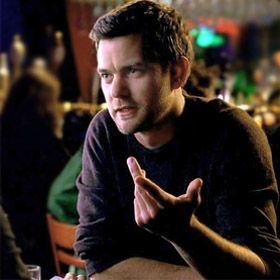 Thief: Eugenides from The Thief will forever be the thief that stole my heart and while that may initially sound like a cheesy reason to make someone my thief, he is also a thief and a very very very VERY good one at that. He is occasionally a whiny brat and will throw fits from time to time but at the end of the day, he will get the job done in ways that will surprise you. Shield: Nikita from Nikita the tv show is one of my fav candidates for this role because she is so freaking badass. She is cool & collected and knows how to get out of some tough spots. Fighter: Rhee from Empress of a Thousand Skies has trained herself for years so she could finally have revenge for the assassination of her family. While she is a lone-wolf, I think she has potential to really become a team player. The other members of my Warcross team have all gone through lone-wolf phases and I think they would really help Rhee come into her own and embrace her destiny.