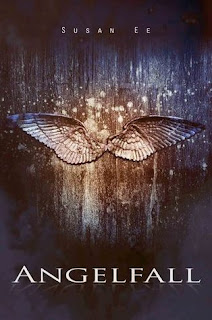 Budding designer Lola Nolan doesn’t believe in fashion . . . she believes in costume. The more expressive the outfit — more sparkly, more fun, more wild — the better. But even though Lola’s style is outrageous, she’s a devoted daughter and friend with some big plans for the future. And everything is pretty perfect (right down to her hot rocker boyfriend) until the dreaded Bell twins, Calliope and Cricket, return to the neighborhood.When Cricket — a gifted…

END_OF_DOCUMENT_TOKEN_TO_BE_REPLACED

Just as Ashton comes to accept her newfound heritage, she’s summoned to fulfill a treaty laid down centuries before — a treaty that will divide her love and test her loyalty. In the end, her future isn’t her biggest concern, her humanity is….

END_OF_DOCUMENT_TOKEN_TO_BE_REPLACED

Together they plunge into the world of dark magic, but when a hundred-year-old blood witch comes hunting for the bones of Silla’s…

END_OF_DOCUMENT_TOKEN_TO_BE_REPLACED

Giveaway is now CLOSED. Winner is Ashley of Book Labyrinth.

Very happy to have reached 100 followers already. I love my fellow bloggers, and since you’re all so awesome, I’m giving away an ARC of Legend to celebrate. It’s a great dystopian novel by author Marie Lu. Check out my review here.

Make sure to check out my other giveaways. Thanks so much for following my blog! Giselle

END_OF_DOCUMENT_TOKEN_TO_BE_REPLACED

From very different worlds, June and Day have no reason to cross paths – until the day June’s brother, Metias, is murdered and Day becomes the prime suspect. Caught in the ultimate game of cat and mouse, Day is in a race for his family’s survival, while June seeks to avenge Metias’s death….

END_OF_DOCUMENT_TOKEN_TO_BE_REPLACED

Anathema by K.A. Tucker is currently free on Smashword.

Evangeline has spent her teenage years in obscurity. Her foster parents have the emotional aptitude of robots and her classmates barely acknowledge her existence. About to turn eighteen and feeling like a social pariah, she is desperate to connect with someone. Anyone. When Evangeline meets Sofie after literally stumbling upon her café, she believes she’s found that connection. Willing to do anything to keep it, she accepts a job as Sofie’s assistant and drops everything to fly to Manhattan, where she is thrust into a luxurious world of Prada, diamonds, and limitless cash. With such generosity and kindness, it’s easy for Evangeline to dismiss certain oddities . . . like Sofie’s erratic and sometimes violent behavior, and the monstrous guard dogs. She’s…