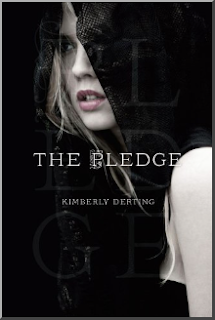 END_OF_DOCUMENT_TOKEN_TO_BE_REPLACED

*A copy was provided by K.C. Neal for review purposes*

With quite the original premise, Pyxis takes you on a fun and mysterious ride with Corinne and her best friend Mason. All throughout the book, you’re…

END_OF_DOCUMENT_TOKEN_TO_BE_REPLACED

Holy freaking cow! Now this is a thriller! I often go into books believing them to be thrillers, when they…

END_OF_DOCUMENT_TOKEN_TO_BE_REPLACED

Starting over sucks. When we moved to West Virginia right before my senior year, I’d pretty much resigned myself to thick accents, dodgy internet access, and a whole lot of boring…. until I spotted my hot neighbor, with his looming height and eerie green eyes. Things were looking up.

The hot alien living next door marks me.You heard me. Alien. Turns out Daemon and his sister have a galaxy of enemies wanting to steal their abilities, and Daemon’s touch has me lit…

END_OF_DOCUMENT_TOKEN_TO_BE_REPLACED

The year is 2195. The place is New Victoria—a high-tech nation modeled on the manners, mores, and fashions of an antique era. A teenager in high society, Nora Dearly is far more interested in military history and her country’s political unrest than in tea parties and debutante balls. But after her beloved parents die, Nora is left at the mercy of her domineering aunt, a social-climbing spendthrift who has squandered the family fortune and now plans to marry her niece…

END_OF_DOCUMENT_TOKEN_TO_BE_REPLACED

Under the bubbling hot springs and geysers of Yellowstone National Park is a supervolcano. Most people don’t know it’s there. The caldera is so large that it can only be seen from a plane or satellite. It just could be overdue for an eruption, which would change the landscape and climate of our planet.

Ashfall is the story of Alex, a teenage boy left alone for the weekend while his parents visit relatives. When the Yellowstone supervolcano erupts unexpectedly, Alex is determined to reach his parents. He must travel over a hundred miles in a landscape transformed by a foot of ash and the destruction of every modern convenience that he has ever known, and through a new…