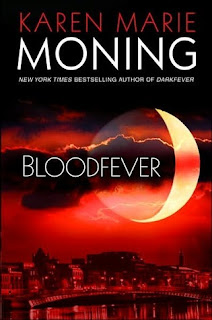 For centuries the shadowy realm of the Fae has coexisted with that of humans. Now the walls between the two are coming down, and Mac is the only thing that stands between them.

Ok ok… I’m starting to get it. This second instalment was Much better than the first. It has lots of action and with all the mayhem it gets pretty hard to put down. The mystery, though, is still there picking away at my brain cells. We got no real answers in this one, especially from Barrons. Only more questions. Which ended up being ok because the book is fully loaded and it couldn’t possibly all fit in here. Plus the anticipation is kind of fun.

Mac is becoming more independent and grown up which is great. I think she kind of has to with this new world she’s been thrown in. I like how she herself knows there are “two” Macs and she refers to them both. She acknowledges that her Barbie doll side does not mix well with the Unseelie and especially not Barrons. And talking about the devil… what can I say Barrons? I love you! You are probably the most antagonizing son of a bitch I have ever encountered. There are so many questions about this guy that it’s almost a torture. Damn you Karen!

There are also new characters added to the storyline – but who cares about them? Moving on..

Like any other UF novel, there are a few twists, and most of them just add to the questions already in the air. I didn’t see them coming either. Although who/what the spectre was did cross my mind, but even the small stuff all went over my head. It may just be because I was too busy inside the story to ponder anything. But I never figured out what was eating the Rhino-boys, or Mallucé’s power source. Even though we aren’t given answers to any of the big mysteries, we do find out little snippets. Just enough to keep us fed and craving for more.

I did enjoy the plot quite a bit. I like lots of action, I like mystery and I love a well built world, and this novel delivers. The world building was formed in the first book, but it’s deepened and I enjoy the vivid descriptions and depictions of everything. It’s all pretty nerve wracking. There is quite a bit of gore but there is also humour thrown in there to balance it out a bit. I especially liked when the Shade flipped Mac off. Lol. So all in all the writing is pretty good, I would even say improved from book #1. I think the constant and sometimes weird metaphors could be cut out. But that and maybe a few little quirks here and there can be overlooked if you even notice at all.