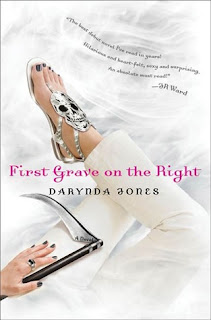 Ok, I’ll admit it, the thought of those two having hot, unsafe animal sex was a bit creepy, especially since my aunt didn’t have any teeth.
The plot is a murder mystery mixed into the craziness that is Charley’s life. She’s just starting to realize that being the grim reaper is only a small dot in the world(s) she’s mixed in. I can’t say any more without revealing spoilers. I thought it was great. I liked how she had a best friend she could trust who just believed in her and her abilities without questions. I also quite enjoyed Mr. love interest. The romance is mysterious; slow but passionate. Charley is getting visits from a beautiful spirit that she can’t help but feel weak in the knees for. But in the requisite love triangle, we also have the snarky unbeliever who is clearly fascinated by her. I enjoyed their silly bantering and flirtatious behaviours. I really loved both of them they’re both great additions to the story.
I’d just had a near-sex experience with a blazing inferno.
This was my first grim reaper book, so it felt really unique and different to me. Darynda did a great job luring me into her novel and making me adore her characters. It’s sexy, smart and sophisticated and anyone with a sense of humor will think it’s fabulous.
If I couldn’t be a good example, I’d just have to be a horrible warning.
Like review on Goodreads
The following two tabs change content below.

4 Responses to “Review: First Grave on the Right by Darynda Jones”