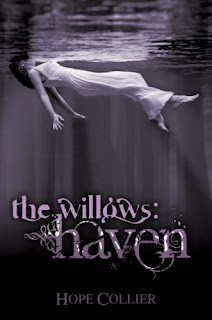 Just as Ashton comes to accept her newfound heritage, she’s summoned to fulfill a treaty laid down centuries before — a treaty that will divide her love and test her loyalty. In the end, her future isn’t her biggest concern, her humanity is. To run may mean war, but is she strong enough to stay?

This wasn’t really a book for me. I just couldn’t get into it. There were a lot of inconsistencies and confusion around the plot. I read 70% and skimmed the rest. I just wanted to get it over with, but I hate to leave books unfinished.

Ahston, a 17 year old, just got news that her father died from a heart-attack. She goes on a road trip to get to his funeral and comes  upon a handsome guy who accompanies her and eventually tells her that she’s not who/what she thinks she is.

The premise is what interested me at first. The book did have a good and exciting start. It was all very mysterious and made you want to know what was going on. But the unveiling left me very confused and the realism just wasn’t there. When Ashton found out that she was different, she never asked WHAT she was. She accepted that she wasn’t human and that Gabe had abilities out of the ordinary. Though she never asked for definitions. She accepted plainly that she was special, without wondering what made her that way!? That was the biggest issue I had with the book. That wasn’t the only occurrence of the type either. She was attacked, twice in a few days time, and never thinks anything of it. It was just a very strange way to have it play out.

The story often left you feeling like you were missing something. Details weren’t readily available to the reader. I had to go back a few pages a couple of times thinking I missed a passage that explained what was happening or why the characters were acting a certain way. Because of this, I didn’t grow to care for them or their situations. I found Ashton to be incredibly gullible and a little stupid. You don’t go running off in the woods after someone just attacked you – twice.

Those issues aside, the lore in this book is definitely original. The world is lacking a lot of depth, but it was still different from other YA paranormals I’ve read. It’s based on mythology. I don’t want to say more in fear of giving away any unwanted spoilers. It also has quite a bit of action and the pace is steady.

Although it wasn’t for me, if you like mythology and paranormal YA, you may want to give it a try. You never know. It does have a beautiful cover!

4 Responses to “Review: The Willows: Haven by Hope Collier”