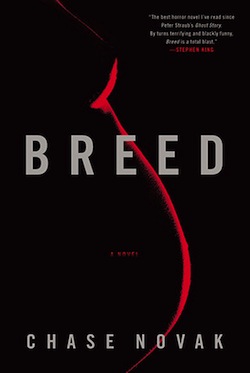 Alex and Leslie Twisden lead charmed lives-fabulous jobs, a luxurious town house on Manhattan’s Upper East Side, a passionate marriage. What they don’t have is a child, and as they try one infertility treatment after the next, yearning turns into obsession. As a last-ditch attempt to make their dream of parenthood come true, Alex and Leslie travel deep into Slovenia, where they submit to a painful and terrifying procedure that finally gives them what they so fervently desire . . . but with awful consequences.

Ten years later, cosseted and adored but living in a house of secrets, the twins Adam and Alice find themselves locked into their rooms every night, with sounds coming from their parents’ bedroom getting progressively louder, more violent, and more disturbing.

Driven to a desperate search for answers, Adam and Alice set out on a quest to learn the true nature of the man and woman who raised them. Their discovery will upend everything they thought they knew about their parents and will reveal a threat so horrible that it must be escaped, at any cost.

*Note that this is an adult novel*

Horror has always been my thing. I get thrills out of being scared, and I love when a good mystery is involved as well. Breed definitely brings both aspects. These people start to get truly bizarre side effects from an out of country fertility treatment, and frankly it freaked me the heck out. The mystery part gets less “mysterious” and more “What is going to happen next?” during part 2, when we fast-forward 10 years later to the kids’ perspective, and change from horror to more of a high speed chase. I found this part exciting at first, mostly fascinating due to the unknown, but it does drag on after a while, seemingly becoming a chase that never ends with spurts of unnecessary drama that slows things down.

Looking back, part 1 of the book is what I deem my favorite. We get introduced to this couple who desperately wants a baby. So badly that they hop on a plane to visit a doctor in a new country who they hear gets ridiculously positive results. Little could they know that shortly after, they’d be acting strangely similar to animals. From almost amusing animalistic behavior to eating their own barf, this book goes from strange to positively disgusting. I know some may warn, in books like Anna Dressed in Blood, or I Hunt Killers that it’s not for the faint of heart, so let me put this clear, this is nothing compared to getting a visual of someone enjoying licking their own sick off their fingers. This is just one example. I swear, this haunted me for days, causing loss of appetite and general nauseousness. I am not even kidding. I blame this book for days of discomfort! Nothing in the WORLD is grosser than vomit! I could watch a surgery while eating Spaghetti, but I can not deal with vomit. Even the word–vomit–is gross. Really, say it slow. Vo-m-it. *barf*

Grossness aside, it was like I couldn’t stop from finding out what weird twisted thing these people were going to do next. It’s pretty horrific, when you know the whole story, and kind of… well, it’s effed up! How the kids had to live their lives, the way they were raised, what they have to fear. Once we get to the second part, we see that the side effects did not escape their children, either; although in a different manner. The premise itself makes a great horror tale, perfect for fans of the Stephen King novels in all their strange glory. After we get past the initial shock, however, is where I found it started to slip and became more like a non stop action movie. The ones that are fast paced, but still feel especially drawn out. Dramatic happenings that, instead of being exciting as it is meant, feels like insignificant detours; adding action and no substance. Ultimately, I grew bored of it shortly after the half way point.

This is for none other than those who enjoy adult horror novels. Its unusual story is bound to bring you in for a real mind-f*ckery, and it will probably make you barf. Who’s in?