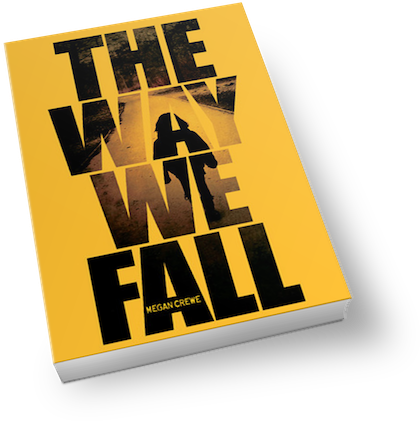 When sixteen-year-old Kaelyn lets her best friend leave for school without saying goodbye, she never dreams that she might not see him again. But then a strange virus begins to sweep through her small island community, infecting young and old alike. As the dead pile up, the government quarantines the island: no one can leave, and no one can come back.

Those still healthy must fight for the island’s dwindling supplies, or lose all chance of survival. As everything familiar comes crashing down, Kaelyn joins forces with a former rival and discovers a new love in the midst of heartbreak. When the virus starts to rob her of friends and family, she clings to the belief that there must be a way to save the people she holds dearest.

Because how will she go on if there isn’t?

Poignant and dizzying, The Way We Fall is the heart-wrenching story of one girl’s bravery and unbeatable spirit as she challenges not just her fears, but her sense of what makes life worth living.

*A copy was provided by myself for secret purposes*
Gah! This was good but that was so not an ending! Almost knocked off a start for the lack of conclusion, then I eyed the sequel which is only a few weeks away, calming me down some. Lucky, duck, Mrs Crewe!

As far as post apocalyptic books go, I have read aplenty, and although I would not class this in with my top favorites, I found it compelling and appreciated that it offered something new. For one, it’s not actually a post-apocalyptic book–at least not yet. This one stands out from the crowd simply by giving us something a lot more real than zombies or a futuristic dystopian society. In The Way We Fall, we have a flu epidemic–of which we are all familiar after the most recent (H1N1) scare–that has taken over an island, leading to a quarantine. This means no one comes on, and no one leaves. The other flair of uniqueness exists in the way it’s written– in journal form. This puts you into the shoes of the protagonist, letting you to understand how a situation like this affects a person’s thoughts and mental processes. One drawback of this structure is that is does lessen the suspense; however this story is more about dealing and surviving, than thrills and scares. As expected with a teenage voice, we get angst and romance mixed in there as well. The latter introduces a love interest that, in my opinion, was a little too selfless, but otherwise enjoyable.

When we begin this book we’re introduced to Kaelyn by her own hand. She’s writing a journal to a friend she’s on the outs with, and then it begins… People start getting sick with the flu which soon turns into delusions, and then they die. We see the island deteriorate in front of our eyes. With the population dwindling, gangs arising, and an all around feeling of malaise,  the vibe of the book is kept very distressing–uncomfortable even–which I enjoyed immensely. There is the constant fear of catching this easily contracted disease everywhere you go. I kept wanting to hold my breath whenever Kaelyn ventured outside. Then we have the suspicious abandonment of the government on the mainland. As if they were waiting for the island to obliterate itself. The seclusion is nerve-wracking. They are at the mercy of a heartless, unsympathetic enigma.

This unsettling plot is joined by a rather large cast of characters–at least at the beginning–making it impossible for us to connect with all of them. I did care about them–little Meredith especially–but not in a particularly profound way. I’m sure a lot of you will have favorites you will come to care about more than others, this diminishes the emotional impact of some of the deaths that occur throughout this story. Deaths that I’m sure were meant to have a more powerful affect only becomes another unfortunate event.

This leads me to the ending. I was hoping for a gutting ending. One that puts the nail in the coffin. Instead we’re left with a story that feels unfinished–even for a first book in a series. We get zero answers, no real development as far as the actual plot. Nonetheless, I can’t say that I wasn’t completely engaged in this book from the very start. Hence the complete 4 stars that I’m giving this novel despite what I just mentioned. It also helps that the sequel is just around the corner, I can pretend it’s really one big book.

If you get a thrill out of seeing a secluded island and its inhabitants crumble at the hand of a deadly virus (who doesn’t?) then this book is for you! 😉

26 Responses to “Review: The Way We Fall by Megan Crewe”