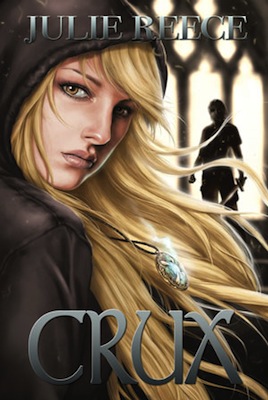 Homeless, broke, and hungry, seventeen-year-old Birdie Orin is running out of options. That is, until a chance meeting with a bearded stranger in a trench coat changes everything. He promises more money than she’s ever dreamed of and an amulet of power once owned by Viking lords. Cool, but there’s a catch. He informs her she’s the last descendant of a Nordic tribe, and the necklace that grants her supernatural abilities is cursed. Only she can free the souls of hundreds of Viking warriors trapped in a spell cast by one of two rival kings.

Her mysterious benefactor warns the spell chunking king still seeks the amulet, and she must choose a Guardian to assist in her quest. Wary of dependence on anyone, she makes a hesitant alliance with handsome new friend, Grey Matthews. Though she’s got no desire to see him skewered on the end of a Viking sword, he’s determined to help. Passionate and caring, Grey breaks down the walls Birdie’s built around her heart. She would do almost anything for the peace and love that’s eluded her until now, but first, they’ve got a mission. Together, they must travel back in time to find the means of destroying the amulet, before those who would use its power for evil find them. 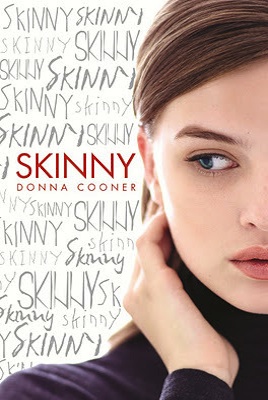 About a girl whose obesity and negative thoughts stand in the way of her dreams of becoming a singer and finding love, until she begins a long, hard journey of self-discovery and reinvention culminating in gastric-bypass surgery, only to find that love was never dependent on her size. 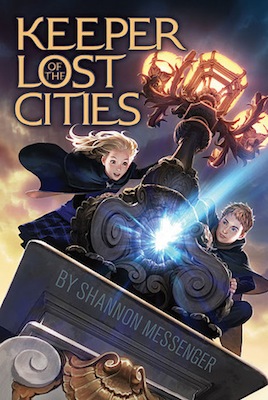 Keeper of the Lost Cities
Shannon Messenger
Release date: October 2nd, 2012
by Aladdin Books
Add it to your Goodreads

Twelve-year-old Sophie has always been different — she’s years ahead of the other kids in school and can read minds. She’s always assumed there’s some kind of logical explanation for her talents, but when she meets an adorable and mysterious boy, she finds out the shocking truth. She’s never felt at home because she, well, … isn’t.

There are secrets buried deep in her memory, secrets about her true identity and why she was hidden among humans, that others desperately want and would even kill for. And she must figure out why she is the key to her brand-new world, before the wrong person finds the answer first. 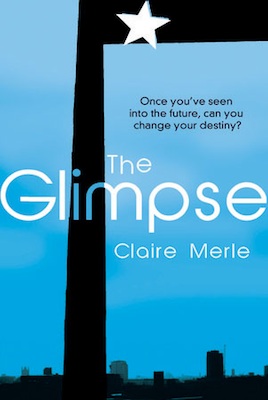 ONCE YOU’VE SEEN INTO THE FUTURE, CAN YOU CHANGE YOUR DESTINY?

Jasper is from a rich and influential family and despite Ana’s condition, wants to be with her. The authorities grant Ana a tentative reprieve. If she is joined to Jasper before her 18th birthday, she may stay in the Community until her illness manifests. But if Jasper changes his mind, she will be cast out among the Crazies. As Ana’s joining ceremony and her birthday loom closer, she dares to hope she will be saved from the horror of the City and live a ‘normal’ life. But then Jasper disappears.

Led to believe Jasper has been taken by a strange sect the authorities will not intefere with, Ana sneaks out of her well-guarded Community to find him herself. Her search takes her through the underbelly of society and into the pits of the human soul. And as she delves deeper into the mystery of Jasper’s abduction she uncovers some devastating truths that destroy everything she has grown up to believe, but she also learns to love as she has never loved before.

I find all of these are pretty great and I’m really anticipating reading them. I especially like the cover for Crux, and the blurb for The Glimpse is very intriguing. I’m also loving the Keeper of the Lost Cities vibe. It seems to be aimed at fans of Rick Riordan and JK Rowling (which I both adore).
Thoughts on these new pretties?

Reeling from the tragic events of Dust & Decay, Benny Imura and his friends plunge deep into the zombie-infested wastelands of the great Rot & Ruin. Benny, Nix, Lilah and Chong journey through a fierce wilderness that was once America, searching for the jet they saw in the skies months ago. If that jet exists then humanity itself must have survived…somewhere. Finding it is their best hope for having a future and a life worth living.

But the Ruin is far more dangerous than any…

END_OF_DOCUMENT_TOKEN_TO_BE_REPLACED

This whole series is gorgeous! What do you think of this new pretty?

END_OF_DOCUMENT_TOKEN_TO_BE_REPLACED

About a 17-year-old girl named Parker who falls for the new 23-year-old coach of the baseball team.

Books by Miranda Kenneally:  Return to Eden (The Soulkeepers, #3)G.P. Ching Release date: Winter, 2012 Add it to your Goodreads

Until Next Time Amy Lignor Release date: February 1st, 2012 by Tribute Books Add it to your Goodreads

How does a girl choose between the one who steals her heart and the one who owns her soul?

Matt and Emily were created for a specific job. Raised and trained as the ultimate angel/warrior team, they are sent down to save, defend, judge and forgive, depending on the…

END_OF_DOCUMENT_TOKEN_TO_BE_REPLACED

Before I Wake(Soul Screamers, #6)Rachel VincentReleased July 2012by Harlequin Teen

I’m a huge fan of all the covers in this series and this one does not disappoint! What do we all think?

END_OF_DOCUMENT_TOKEN_TO_BE_REPLACED

Dawson is keeping a secret that will change her existence…and put her life in jeopardy. But even he can’t stop risking everything for one human girl. Or from a fate that is as unavoidable as…