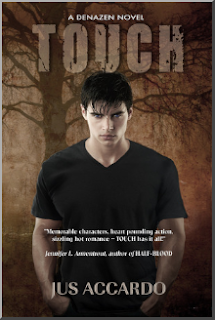 Dusty Reads is a weekly post featuring a book that has been sitting unread on my home shelf for some time. This book is exclusively chosen by Giselle.

This week I picked:

My Soul to Take Rachel Vincent

She doesn’t see dead people, but…

She senses when someone near her is about to die. And when that happens, a force beyond her control compels her to scream bloody murder. Literally.

Kaylee just wants to enjoy having caught the attention of the hottest guy in school. But a normal date is hard to come by when Nash seems to know more about her need to scream than she does. And when classmates start dropping dead for no apparent reason, only Kaylee knows who’ll be next…

I’ve been seeing the 5th…

END_OF_DOCUMENT_TOKEN_TO_BE_REPLACED

Carly has dropped out of uni to spend her days surfing and her nights working as a cook in a Manly café. Surfing is the one thing she loves doing … and the only thing that helps her stop thinking about what happened two years ago at schoolies week.

And then Carly meets Ryan, a local at the break, fresh out of jail. When Ryan learns the truth, Carly has to decide. Will she let the past bury her? Or can she let go of her anger and shame, and find the courage to be happy?

Well apparently I’m the only one in the world who didn’t absolutely love this book. It’s not bad by any…

END_OF_DOCUMENT_TOKEN_TO_BE_REPLACED

Meet Karou. She fills her sketchbooks with monsters that may or may not be real; she’s prone to disappearing on mysterious “errands”; she speaks many languages–not all of them human; and her bright blue hair actually grows out of her head that color. Who is she? That is the question that…

END_OF_DOCUMENT_TOKEN_TO_BE_REPLACED

“In My Mailbox” is a meme, created by Kristi at The Story Siren, that features books I’ve received/purchased/borrowed during the current week.  (click on images for Goodreads synopsis) Hello my lovelies. Well will you look at that, October has showed her head. Summer is over 🙁 But that means Halloween is just around the bend – which sets the perfect mood for creepy books like Mara Dyer that I have finally received.  I hope you’re all happy with your haul this week, I sure know that I am.  Some of these I’ve waited a long time to get my hands on and I’m super excited to get into them. I have received for review:

I have won in giveaways:

END_OF_DOCUMENT_TOKEN_TO_BE_REPLACED

Thank you to everyone who entered! I’ve selected a winner who has chosen Wake by Lisa McMann. Winner was picked by random number generator.

Congratulations to Sophia Chang of Sophia The Writer

For seventeen-year-old Janie, getting sucked into other people’s dreams is getting old. Especially the falling dreams, the naked-but-nobody-notices dreams, and the sex-crazed dreams. Janie’s seen enough fantasy booty to last her a lifetime.

She can’t tell anybody about what she does they’d never believe her, or worse, they’d think she’s a freak. So Janie lives on the fringe, cursed with an ability she doesn’t want and can’t control. Then she falls into a gruesome nightmare, one that chills her to the bone. For the first time, Janie is more than a witness…

END_OF_DOCUMENT_TOKEN_TO_BE_REPLACED

Their love was meant to be.

When Megan Rosenberg moves to Ireland, everything in her life seems to fall into place. After growing up in America, she’s surprised to find herself feeling at home in her new school. She connects with a group of friends, and she is instantly drawn to darkly handsome Adam DeRís.