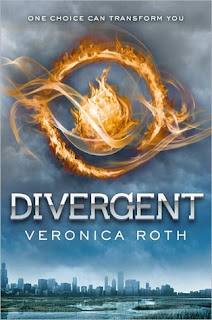 END_OF_DOCUMENT_TOKEN_TO_BE_REPLACED

Giveaway is now CLOSED. Click here for the winner.

One woman’s trash is another woman’s treasure These are books that have been adored by many readers, but unfortunately not by me. They would be better loved on another one’s shelf. So I have decided to do a giveaway. One winner will have a choice of 1 book from this list:

Rules:Open to residents of Canada and US.Must be a GFC followerLeave a comment with your name and email address

END_OF_DOCUMENT_TOKEN_TO_BE_REPLACED

“Many of us primarily read one genre of books, with others sprinkled in. If authors stopped writing that genre, what genre would you start reading? Or would you give up reading completely if you couldn’t read that genre anymore?”

I enjoy a lot of genres but I do have a primary and that would be YA. I would not be able to give up reading *gasp*. So I would pick up Urban Fantasy (Or PNR they’re pretty similar). I love paranormal books with lots of action and excitement so either of those usually do the trick. I’m just finishing the Fever series by Karen Marie Moning (on book #5) and I could see myself being able to live without YA if Barrons would take its place!

END_OF_DOCUMENT_TOKEN_TO_BE_REPLACED

I’m very excited to open my blog for business! I’ve been thinking about blogging for a while now but I didn’t have any ideas or the time to put it all together. So since I have a few books reviews piling up, I figured it was time.

So welcome to my blog and I hope you enjoy my reviews. I don’t have any specific genres, though you will see a lot of YA novels. I also enjoy adult fiction so you will see a little bit of everything. I will start posting reviews today. I have a lot of them piled up so I will start importing them on my blog for you all to enjoy immensely! 😉