Waiting on Wednesday is a weekly event that is hosted by Jill at Breaking the Spine
and spotlights upcoming releases that we’re eagerly anticipating.
My pick this week: 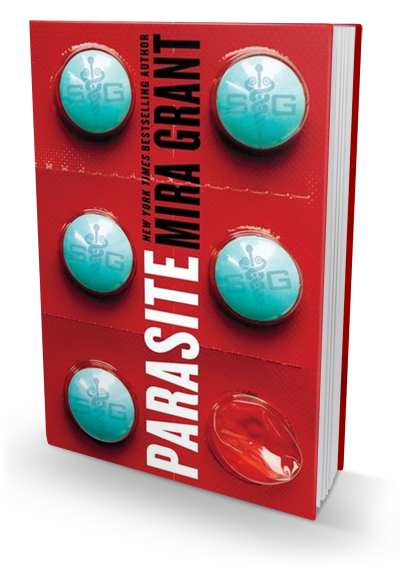 A decade in the future, humanity thrives in the absence of sickness and disease.

We owe our good health to a humble parasite – a genetically engineered tapeworm developed by the pioneering SymboGen Corporation. When implanted, the tapeworm protects us from illness, boosts our immune system – even secretes designer drugs. It’s been successful beyond the scientists’ wildest dreams. Now, years on, almost every human being has a SymboGen tapeworm living within them.

But these parasites are getting restless. They want their own lives… and will do anything to get them.

I am a HUGE fan of Mira Grant’s Newsflesh series. One of the best and most realistic and well researched zombie series out there hands down. She’s a fantastic writer and even if I would be interested by this synopsis alone, seeing her name on it just turned this upcoming release a million times more exciting!
What are you waiting on, this Wednesday?
Link me up! 🙂

Shaun Mason is a man without a mission. Not even running the news organization he built with his sister has the same urgency as it used to. Playing with dead things just doesn’t seem as fun when you’ve lost as much as he has.

But when a CDC researcher fakes her own death and appears on his doorstep with a ravenous pack of zombies in tow, Shaun has a newfound interest in life. Because she brings news-he may have put down the monster who attacked them, but the conspiracy is far from dead.

Now, Shaun hits the road to find what truth can be found at the end of a shotgun.

This review contains no spoilers…

END_OF_DOCUMENT_TOKEN_TO_BE_REPLACED

“The zombies are here, and they’re not going away, but they’re not the story. They were, for one hot, horrible summer at the beginning of the century, but now they’re just another piece of the way things work….