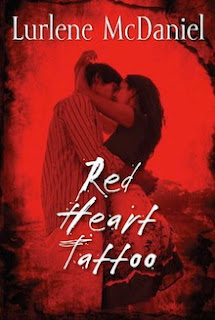 At 7:45 a.m. on the day before Thanksgiving break, a bomb goes off at Edison High. Nine people die instantly. Fifteen are critically injured. Twenty-two suffer less severe injuries. And one is blinded. Those who survive, struggle to cope with the loss and destruction. All must find new meaning for their lives as a result of something they may never understand.

*A copy was provided by Random House Children’s Books for review purposes*
With an eye widening prologue that winds up your emotions, Red Heart Tattoo’s powerful beginning sets the ideal mood for the whole book. Told in five perspectives, we experience the before and after of a school bombing that leaves grief at every corner, and loss at every rubble.

With five perspectives, we get a lot of individual consequences to the school bombing. Showing us how different people cope, how they grieve and support each other. Since the book begins a few months before the incident, we get to know each one of these kids from before, when they were relatively happy and life was simple. This builds the characters greatly, getting us to care about them. With so many POVs, it’s natural to have a few that will get into your hearts more than others. Overall the cast is well balanced with characters that will make you feel their pain, their heartache, but also their love, and their strength. Morgan, our main perspective, shows us that even though dire consequences may seem like the end of the world, we should never let it break us. I adored her and admired her attitude.

Although a truly emotional book, Red Heart Tattoo potentially could have been a million times more poignant if we hadn’t skirted around some of the most powerful scenes. Instead of witnessing the consequences and emotions during a few of the big happenings, we’re simply told via memories after the fact. It’s disappointing to finish a chapter in a breakthrough, only to start the next once the climax of its reactions has come and gone, leaving us yearning for what their immediate responses and feeling were.

Regardless, the story has great, realistic developments, some predictable though never unaffecting, some that will leave you with pain, some with warmth. An overall very satisfying school bombing story that, surprisingly, has a lot of heart amongst the trauma. As far as the ending, I can’t help but feel like the epilogue leaves us hanging. We fast-forward a year, and what we learn feels jumbled and incomplete. I did not see the necessity to include it at all as it adds no real substance to the story, only wonderment. One could argue that that was the point, life is never certain. Yet, I can’t help feeling that it would have been better left alone pre-epilogue. I also have to mention the cover; I understand its significance after the fact, but it could be misleading as the romance is not on the forefront of this novel.

School crimes and violence regrettably happen way too often, Lurlene takes a disastrous event and creates an eye-opening, affecting story that, even though it encounters a bit of lost potential, it’s certainly worth the read.