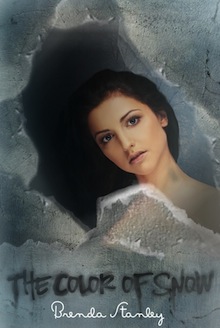 Can a troubled young girl reenter society after living in isolation?

When a beautiful 16-year-old girl named Sophie is found sequestered in a cage-like room in a rundown house in the desolate hills of Arbon Valley, Idaho, the entire community is shocked to learn she is the legendary Callidora–a baby girl who was kidnapped from her crib almost seventeen years ago and canonized in missing posters with portraits of what the fabled girl might resemble. Authorities soon learn that the cage was there to protect people from Sophie, because her biological father believes she is cursed.

Sophie is discovered after the man she knows as Papa, shoots and injures Damien, a young man who is trying to rescue her. Now, unsocialized and thrust into the world, and into a family she has never met, Sophie must decide whether she should accept her Papa’s claims that she is cursed and he was only trying to protect others, or trust the new people in her life who have their own agendas. Guided by a wise cousin, Sophie realizes that her most heartbreaking challenge is to decide if her love for Damien will destroy him like her Papa claims, or free her from past demons that haunt her mind.

*A copy was provided by Tribute Books for review purposes*
“[…]no matter how much I prayed, what I did, or how I changed, I would never be treated like everyone else. I would always be the girl who was raised in a cage.”
-Quoted from the uncorrected proof

While I’m not sure what I truly expected, The Color of Snow far exceeded what I was hoping for. A tale of love, loss, and self discovery, we get the highs and lows of Sophie’s story: Kidnapped as a baby, she’s now 17 and entering a world far more complicated than she could ever have imagined.

Not only do we get alternating point-of-views from Sophie and her kidnapper (who she knows as Papa), we learn the story systematically going to and fro, her past and present. This builds curiosity, creating anticipation for the eventual disclosure of her complicated life. It lets us understand the sequences of events and their circumstances that eventually brought on her distraught situation, as well as her beliefs. Scattered throughout, we also get a few pieces of the story told from subsidiary characters that, except for Carpo whose manuscript story felt out of place, manage to really fuse the chain of events together. Out of the two main POVs, however, it’s hard to pick a favorite. Papa’s is the past, the unraveling of the story that is impossible to not capture your full attention and leave you thirsting for more. Then Sophie’s present; her reentering society after living secluded her whole life is incredibly enticing with emotional ups and downs that leave you saddened, but hopeful, with humorous moments to lighten the air. Though not having an effect on the story, I did find the time period of the book felt off. A setting of the 1990’s to almost present-day, rather feels decades old. I’m placing most of the blame on the story’s location of a small Mormon town where its residents live an old-fashioned lifestyle. In any case, it’s just a matter of adjusting your mind’s eye.

Curses, religious differences, mental illness, old-fashioned beliefs and ways of life, abduction, abuse; layer after layer, we’re thrown into this tale that has so much going on, though not overwhelmingly so, that it becomes truly extensive and fascinating. Consequently, it’s hard to predict how it’s all going to tie together, as well as what is real, and what’s not. Is Sophie really cursed, or is her grandmother simply crazy? One part of the novel that I was a bit iffy about, was the talk of religion as it often breaks the deal for me. Dealing with tough subjects, set in a very old fashioned small town, God and Faith surrounds this plot quite a bit. Fortunately, the way Brenda goes about incorporating it is actually welcoming. The perspectives we get are from people who are skeptics, making it very open arms. It fits so seamlessly in the plot that my initial concerns were left unfounded.

Overall, I found myself wholly consumed by this novel. It’s heartbreaking, yet strangely beautiful. I would not hesitate to recommend it to anyone who enjoys books that deal with strong subject matters and unraveling secrets.

32 Responses to “Review: The Color of Snow by Brenda Stanley”