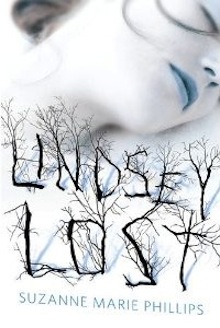 Even though Micah’s a star pitcher, his older sister Lindsey is the real deal–a runner so good, she has a shot at the Olympics. The two of them urge each other on, and are each other’s best support. Then the unthinkable happens: Lindsey is murdered, and Micah may have been the last person to see her. But he can’t remember what happened, no matter what their parents tell him, no matter what the police say. Did he witness his sister’s murder–or commit it? Can he recall the truth before his life is sentenced to end, too?

The mind is a fascinating thing. Denial, compartmentalization, amnesia; these are all ways for the brain to make you deal with unimaginable horrors. Traumatic events get blocked out until you’re ready to deal – which is sometimes never. This is what Micah is going through when he wakes up and learns about his sister’s murder, with no memory of her last day alive.

A very fast paced book with short, question filled chapters, I really enjoyed the mystery of it all, trying to guess what happened; Did he maybe kill his own sister? We meet Micah right away as a lost, confused character who’s dealing with a tragic loss. Not knowing if you murdered your own sister who you love and never went a day without talking to is terrible to say the least. The way he responds to this grief is believable and deep-seated. It also brings forth different issues that we often see when people try to cope, teenagers especially; turning to alcohol and self inflicted injury, to name a few. I felt it was handled very well. We get access to his confused mind, making us understand his actions. Although I could easily detect his emotional turmoil, I think this could have gone even deeper to make it truly poignant; to make me feel. It lacked a certain emotional potency.

In his world we have Micah’s parents, his girlfriend, Lindsey’s coach, and a few classmates. These are all great supporting roles, and every time we have an encounter with one, more questions arise. Suspicion constantly deviates from one to another, making almost everyone a suspect in our minds. Except for his girlfriend; she’s the rock, the one he can always count on, turn to, and who understands what he’s going through. I really appreciated her role in the story. She’s the “stable” character, making sure he stays grounded. Besides, staying calm and patient even when he makes stupid decisions is quite refreshing. I also enjoyed getting the inside scoop of the mind’s workings by his psychologist father who spurts out facts about trauma-induced amnesia.

Even with all the doubting and back and forth between suspects, I wasn’t entirely surprised by the conclusion. It’s not very hard to put two and two together, at least to a certain extent. It doesn’t make it less interesting, but I was expecting something a bit more shocking. It was an ending that made sense, though; satisfying but not astounding.

A quick novel easily read in one siting, Lindsey Lost looks into psychological processes of the mind when it has seen too much. Even though it didn’t blow me away, it’s filled with uncertainty and doubt that my fellow mystery fans will surely enjoy.