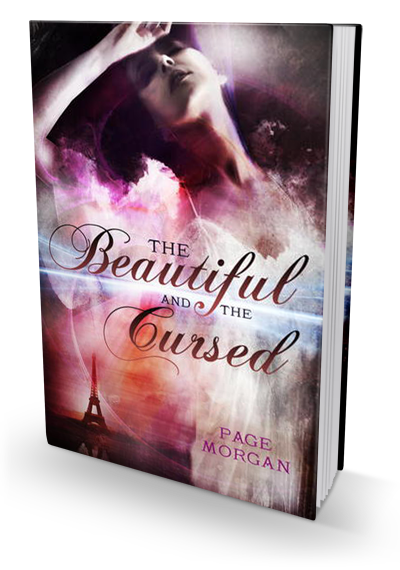 The Beautiful and the Cursed by Page Morgan
Series: The Dispossessed #1
Published by Delacorte Books for Young Readers on May 14th 2013
Genres: Gothic, YA
Source: Random House of Canada
Buy on Amazon
Goodreads

After a bizarre accident, Ingrid Waverly is forced to leave London with her mother and younger sister, Gabby, trading a world full of fancy dresses and society events for the unfamiliar city of Paris.

In Paris there are no grand balls or glittering parties, and, disturbingly, the house Ingrid’s twin brother, Grayson, found for them isn’t a house at all. It’s an abandoned abbey, its roof lined with stone gargoyles that could almost be mistaken for living, breathing creatures.

And Grayson has gone missing.

No one seems to know of his whereabouts but Luc, a devastatingly handsome servant at their new home.

Ingrid is sure her twin isn’t dead—she can feel it deep in her soul—but she knows he’s in grave danger. It will be up to her and Gabby to navigate the twisted path to Grayson, a path that will lead Ingrid on a discovery of dark secrets and otherworldly truths. And she’ll learn that once they are uncovered, they can never again be buried.

Set in beautiful Paris, 1899, The Beautiful and the Cursed is a unique, violent, sometimes disturbing YA Gothic involving demons, Gargoyles, and… something unexplained that is one of our main characters.

With the appearance of two dead bodied within the first 70 pages, I knew I was in for a good time. Though not a bad thing (for me), this book was a little more violent than I expected. Aside from the initial dead bodies we’re treated to gory bodily remains and beastly attacks–which were pretty cool I might add. Hell hounds make for really awesome evil! To protect from these creature are gargoyles; amazingly described as these massive beasts, gargoyles have to protect the humans residing in their estates, and can turn to and from human form. This gargoyle lore – gargoyles not being something I knew very much of – left me kind of in awe. Page makes them both darkly beautiful and monstrous. Their human forms give us century old characters: some are bitter, some are lonely, others revel in the power they possess, but they all carry a certain air of desperation that makes them a little… menacing. Aside from the fantastic visuals of these beasts (including their metamorphosis), Paris also comes alive in this novel with rich scenery and ambiance. All that in addition to the beautiful prose = A+ on the writing!

The multiple perspectives in this book take us from one sister to another, starting when they find out about their missing brother. One sister – Ingrid – has unexplained powers that have started to materialize, which has everyone perplexed. The other, Gabby, is a little jealous and dealing with feeling helpless in her shadow. Although they are both very determined young women, I’m always partial to the less damsel-in-distress-y types (even though Gabby is set against being such, she still is), so I found Ingrid to be a much more compelling character. The ability to shoot lightning from your fingers (!!) will do that! The sisters are our main POVs, but we also get glimpses into Luc’s and Grayson’s which come with both good and bad results. Good because we get answers fast: we learn what’s happening to Grayson, we find out a lot about the Gargoyles; but bad because for one, we relive some of the same scenes echoed through a sister’s POV (which I did not find necessary), and for another, we find out things way before the girls do, therefore making the wait a little monotonous. It doesn’t help matters that the plot is not especially fast paced. Sure there are some deaths and intriguing happenings, but the actual plot doesn’t start moving until three quarters through. Once this happens though it’s a pretty freaky ride until the end.

There is also romance in this novel, and with all the different POVs we get a mix of forbidden love, confused emotions, and even a slight love triangle. I did not find the romance to be the book’s best quality, to be honest. I never grew especially connected to any of the couples, nor did I feel a large amount of chemistry between them which always makes the romance a bit bland. It could have been worse.

With excellent imagery and splendid writing, The Beautiful and the Cursed is an original work of Gothic fiction. It takes a little bit to get going, but it is worth it at the end.

Also, I gotta say, the UK cover grasps the book so much better than the froufrou US cover (although the US one is gorgeous, this is just not a froufrou book!) 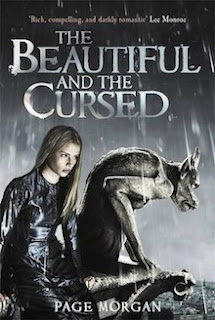 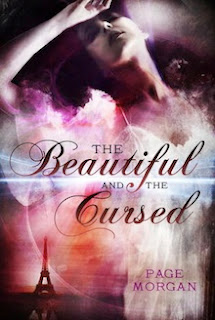 35 Responses to “Review: The Beautiful and the Cursed by Page Morgan”