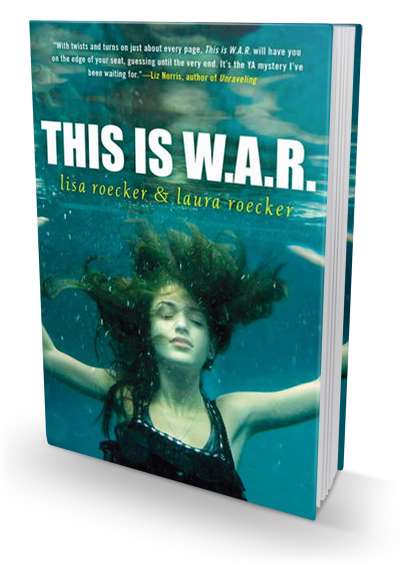 This is W.A.R. begins with a victim who can no longer speak for herself, and whose murder blossoms into a call-to-arms. Enter four very different girls, four very different motives to avenge Willa Ames-Rowan, and only one rule to start: Destroy James Gregory and his family at any cost. Willa’s initials spell the secret rallying cry that spurs the foursome to pool their considerable resources and deliver their particular brand of vigilante justice. Innocence is lost, battles are won—and the pursuit of the truth ultimately threatens to destroy them all.

-A copy was provided by Soho Press for review-

There are so many things I disliked about this book that I decided to review via bullet point, make of it as you wish:

♦ The premise: Rich family gets away with anything – murder in this case – because you know.. they’re rich! Duh! But then these friends of the dead girl and daughters of other rich neighbors (though not AS rich) decide to be vigilantes and bring the family down. *queue intense music* To do that, they first have to all give 25,000$ each (O_o) as their vigilante club fund (yes- a club! Like when I was 7! THIS IS SO EXCITING!) to use for buying information and other important vigilante tasks. Where can this plot go wrong? *snort*

♦ If you like bad daytime soap operas, then maybe I would tell you to read this book (but probably not).

“Saying “no” to the Gregorys meant her job would be mysteriously downsized; a gas leak or a termite infestation would leave the tiny apartment she’d rented for the summer uninhabitable. Type-written threats, sent via envelopes with no return address, would ensure that she left town quickly and quietly.”“

♦ This one guy is offering date rape drugs to girls regularly, and they take them willingly! But they’re not dumb, nope, I mean, why worry about taking an unidentified pill that “will only relax you”? How about this one girl who actually did know what it was, and, smart girl that she is, fakes taking it because… well because she wanted to get raped (duh!). Unfortunately, though, she got saved by one of the vigilantes (How dare she?).

“I never take his stupid pills. I never do anything I don’t want to do. And I sure as hell don’t need to be saved. I had him right where I wanted him the entire time.”
“But, you were drugged; you were attacked.”
“I was acting. The Gregorys are so easy.”

Great self respect, there!

♦ Meet Sloane: “Sloane knew she was dumb. She said dumb things all the time, did dumb things. She’d learned to compensate for being an idiot by shutting up and agreeing with whatever everyone else said or did.“

“It didn’t happen often and she could never be sure when it was coming, but she was sometimes struck out of the blue with an idea.“

“It was like playing rock, paper, scissors. Sloane hated that game because she could never remember what was supposed to beat what so she always ended up playing rock. Rocks were hard. Rocks could smash. Rocks should always win.“

But really it’s not her fault…

Sloane’s parents: “When Sloane missed curfew because she passed out behind the boathouse at the Club’s Summer Swing, they were sure Sloane must have narcolepsy. She didn’t, but that hadn’t stopped her parents from putting her on some crazy drug.”

At one of four POVs in this novel, Sloane is at least the most memorable. Stupid is harder to forget?

♦ Foolproof plans to bring the killers down:

Putting photoshopped scandalous pictures of the boys on t-shirts and selling them at the gift shop.

Selling the family’s antique watches. ““ON EBAY!” Lina shouted. “We sell them on eBay.” She laughed maniacally, and everyone couldn’t help but join in. Sloane laughed the loudest for once. Turned out being a dumbass had its moments.”

And my personal favorite: slipping hormone pills in the boys’ drinks until they grow manboobs.

*Quotes in this review were taken from the uncorrected proof*
The following two tabs change content below.