Bryn Aven is an outcast among the Kanin, the most powerful of the troll tribes.

Set apart by her heritage and her past, Bryn is a tracker who's determined to become a respected part of her world. She has just one goal: become a member of the elite King’s Guard to protect the royal family. She's not going to let anything stand in her way, not even a forbidden romance with her boss Ridley Dresden.

But all her plans for the future are put on hold when Konstantin– a fallen hero she once loved – begins kidnapping changelings. Bryn is sent in to help stop him, but will she lose her heart in the process? 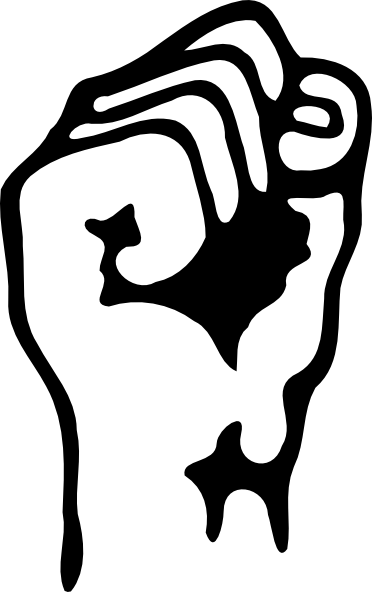 This is my first Amanda Hocking book, but I’m not really a stranger to this author. I’ve seen some of her works every time I go to the bookstore, and I know for a fact that she has a lot of published works out. Seeing as this was about trolls, I decided to give it a shot.

I found the setting quite fascinating initially. It’s basically Harry Potter-ish, as in there’s the human world, and hidden in our world where the ordinary humans can’t reach, are the different kingdoms of the trolls. Each tribe has their own distinct appearances (Kanin have olive skin, dark eyes, brown hair; Skojare have blue eyes and blonde hair, etc.) but while I found the notion of having a hidden world in our world appealing, I was quite bummed to know that they weren’t really all that different to humans. They looked human, just with superpowers. I mean, when you hear “troll” I don’t really think of wood-elf like individuals, or Northern Europeans – I envision the following:

But I’m getting side-tracked now.

Long story short: I was bummed that there were other creatures in this realm, but those creatures were merely still human-looking, which made me think the fantasy aspect was shallow. I truly hoped that we could somehow get a deeper world-building and not have another new society that’s filled with the very creatures we’re all familiar with. I mean, if you have all-new creatures, that would also mean an all-new culture, all-new political issues, all-new societal and economic problems, but nope. We get the same old that we see in our human realm, down to the high school romance drama between a tracker and her boss. I hoped that there were at least something new in this and in the world the “trolls” lived in, but it felt like everything was something I’ve seen before.

Now, let’s talk about Bryn. I’m not really sure what to feel about her, honestly. On one hand, I loved that she was independent, strong-willed, goal-oriented, and very driven to succeed to prove her detractors wrong, especially those who ostracized her due to her being a half-breed. She is written to be a bad-ass and it shows – she has a very strong personality that I found to be refreshing, and there were times she was rash, which I didn’t mind too much, because her rashness was oftentimes used to create tension and conflict. Alright.

And then, there’s Konstantin Black. The guy who attempted to kill her father. The guy who cut her with a sword. The guy who attempted to kidnap innocent Changelings for a cause he didn’t even want to tell her because “it’s bigger than both of us”. The guy who asked, “WHY?” and replied with, “BECAUSE!” The guy she said she wanted to kill so much, the guy she said she hated because of what he did. The guy who suddenly appeared four years later, appeared a little “remorseful” after a failed kidnapping, and so he might be doing all this with a knife at his back, RIGHT?!?!?!?! BRYN WANTS TO GO AFTER HIM BUT SHE MIGHT HESITATE BECAUSE HE MIGHT NOT BE THE BAD GUY, RIGHT?! AFTER A FAILED MURDER ATTEMPT, RIGHT?!?!?!?!??!?!?!

Look, I get where her whole relationship with this dude is going. I get that he might not be completely bad. But I hated her reasons for “doubting” him, just because his stare at her “softened”, or because he kept saying “crpyted” things that mean jack shit anyway because he refused to let her on in his “You have to run before it’s too late!” If you truly hate someone that bad (or at least you say so) because he almost murdered your father, I find it really doubtful for you to change heart just like that because, like I said, his gaze “softened” or he looked “remorseful”.

Don’t get me wrong, I would understand if she started questioning things. But her reasons for questioning felt more contrived to me than not.

AND THEN CAME THAT ENDING. THE ENDING THAT MADE ME WANT TO GO ASDFGHJKL.

You fucking tell them.

You fucking tell your friends.

You fucking tell your kingdom

You fucking tell your King and Queen.

This lame-ass reason, “I might be wrong, so I’ll wait before I tell them” is fucking NONSENSE because why wait? Why wait to tell them of something they should watch out for? Are you going to tell them when it’s finally too late and someone has paid the price? It doesn’t matter if you were wrong – you saw something, you heard something, you witnessed something (that we readers are sure you’re right in the first place), SO TELL THEM. ALERT THEM. MAKE THEM PREPARED FOR WHAT’S TO COME. EVEN IF YOU WERE WRONG (WHICH I ASSURE YOU YOU AREN’T), THERE’S NO HARM IN BEING READY JUST IN CASE. DON’T BE A FUCKING DICK.

Still giving this 2.5 stars because I was engaged for a while. Will read the sequel soon. I’m really hoping it would improve by then x_x