I’m incredibly excited to have Mike over the blog today seeing as he’s a freaking mastermind! He’s here to talk about how to survive a post apocalypse, and first you an read my very enthusiastic review of Ashen Winter! 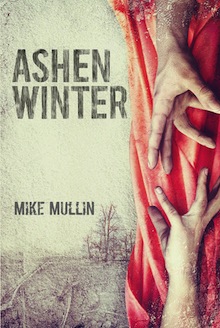 It’s been over six months since the eruption of the Yellowstone supervolcano. Alex and Darla have been staying with Alex’s relatives, trying to cope with the new reality of the primitive world so vividly portrayed in Ashfall, the first book in this series. It’s also been six months of waiting for Alex’s parents to return from Iowa. Alex and Darla decide they can wait no longer and must retrace their journey into Iowa to find and bring back Alex’s parents to the tenuous safety of Illinois. But the landscape they cross is even more perilous than before, with life-and-death battles for food and power between the remaining communities. When the unthinkable happens, Alex must find new reserves of strength and determination to survive.

*A copy was provided by Tanglewood Press for review purposes*
Ashfall – one of my favourite books of all time – could not have had a better sequel in Ashen Winter. Picking up 6 months after Ashfall’s ending, we are thrown into a deep desolation; the dark, cold aftermath of a Supervolcano eruption.

Alex and Darla, the fabulous couple who met in Ashfall are leaving the routine and relative safety of the farm to go find Alex’s parents. What we have here, friends, is a non stop–and I mean, zero freaking breaks!–action packed thrill ride that will leave you so exhausted with excitement that you might literally just find yourself breathless. Every single page of this novel is filled with intense suspense. Not the type of suspense that leaves characters as little more than words on a page, this series is suspenseful and will make your heart literally backflip because of its characters. You care about them, you want them to live and find their loved ones. Darla and Alex are the perfect team who are both amazingly competent and determined. Their strength makes me feel incompetent! The emotional investment in these people is so poignant that I found myself mimicking their state of minds; Their pain was my pain, their fatigue was my own. I honestly felt their unrelenting weariness from being thrown into their shoes while reading this novel.

A Supervolcano eruption is no unrealistic event. Sure, if it even erupts at all, it probably wouldn’t happen for decades–or maybe it will. Ultimately, mother nature does as she pleases. The aftermath of such a disaster that has been created in this book and it’s predecessor is unlike anything I’ve ever read. Sure we have dystopians and zombie novels, but nothing makes a story more compelling than one that could happen at any moment. One that makes you truly fear the possibility of this world invading our reality. Mullin doesn’t sugar coat it either. It’s gory, it’s raw, it’s violent to no end; it made me squirm and grimace. Ashen Winter is not for the faint of heart. Blood will be the least of your worries. It’s the end of the world, ladies and gentleman, get ready for it!

What this unhindered reality gives us is an in depth, realistic look into humanity. Some people, after a disaster to such degree, after having seen their friends and families die without being able to do a thing about it, after living with a hunger so deep that it affects your mind, will become nothing more than savages. Cannibals. It definitely makes you think on what people will do to survive. In a world where everyone is struggling to see the next day, the worst side of human kind will show its face. And it’s not pretty, people. It sickens me, and the worst part: I completely believe it.

This series is one you simply Can. Not. Miss! It’s completely, unbelievable fantastic. Even the author’s notes left me a little unsettled. The only thing missing, is a number for a much needed psychologist.

Bravo, Mike Mullin, you are a genius at life!

I’ve read disaster and post-apocalyptic novels since I was about eight. So it was natural to write
one—my debut novel, ASHFALL, is about a teen struggling to survive and find his family after
the Yellowstone supervolcano erupts. And the sequel, ASHEN WINTER, deals with the long
volcanic winter that follows. So I’ve spent a fair amount of time thinking and reading about how
people survive disasters.

What’s the ultimate survival tool? This? 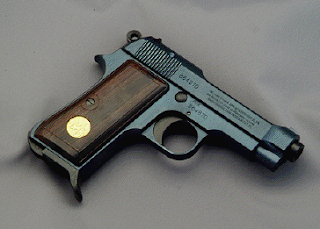 This? (A hand-pumped water filter.) 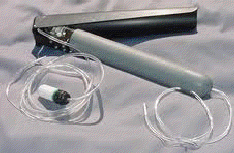 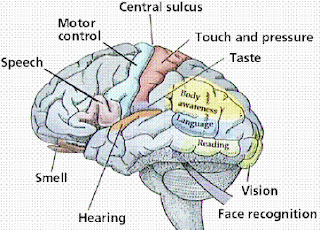 Your brain. What you know and how well you can think under pressure is the ultimate survival
skill. Consider this guy. He starved to death within an easy hike of a cabin stocked with food—
in part because he was eating berries that he didn’t know were poisonous. This guy died because
he didn’t know the people he was with were carrying emergency water and didn’t recognize the
signs of deadly dehydration. And here’s a guy who died, arguably, because he believed what he
saw on TV.

Anyway, the point is, if you’re in a dangerous situation, here are the first three things you should
do:

Alex, the protagonist of ASHFALL, makes a lot of mistakes because of his impulsiveness, but
somehow manages to muddle through anyway. In the sequel, ASHEN WINTER, he’s grown and
matured, but the challenges facing him are even more difficult. How does he survive? You’ll
have to read it to find out.

Giselle: Thanks so much for dropping by, Mike! It’s true, really, intelligence will win in most situations. And those news stories were kind of sad for so many reasons O_O

Mike Mullin’s first job was scraping the gum off the undersides of desks at his high school. From there, things went steadily downhill. He almost got fired by the owner of a bookstore due to his poor taste in earrings. He worked at a place that showed slides of poopy diapers during lunch (it did cut down on the cafeteria budget). The hazing process at the next company included eating live termites raised by the resident entomologist, so that didn’t last long either. For a while Mike juggled bottles at a wine shop, sometimes to disastrous effect. Oh, and then there was the job where swarms of wasps occasionally tried to chase him off ladders. So he’s really hoping this writing thing works out.
Mike holds a black belt in Songahm Taekwondo. He lives in Indianapolis, Indiana with his wife and her three cats. ASHFALL is his first novel.