This week’s topic was suggested by Ruby from Feed Me Books Now!!!

I wanted to love you, but…

Sometimes there are books that you are just DYING to love either because it sounds exactly like you type of perfect read, all your friends highly recommended it, or it just has an epically awesome cover (pfft yeah I just by the cover! Sue me!), BUT they don’t always pan out. So this week we’re talking about books we wanted to love but we just…. didn’t. Then the black sheep was born. BAAAAAA. (that was a sheep…. fyi).

Note that most of these I did not hate, I just didn’t LOVE like so many (either 3 or 2 stars). 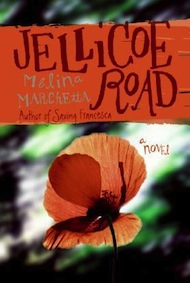 Abandoned by her mother on Jellicoe Road when she was eleven, Taylor Markham 17, finally confronts her past. Hannah, the closest adult she has to family, disappears. Jonah Griggs, moody stares and all, is back in town. If Taylor can put together the pieces of her past, she might just be able to change her future.

Yeah yeah I know. EVERYONE and their dog loved this one. I mean, 180 of my Goodreads friends read it and their average is 4.62 (note that I rarely see over 3.6; I have very picky friends >.<). So call me disappointed (and a lil scared of the horde) when I didn’t love this one. I didn’t hate it – I did give it a 3 stars – but I wasn’t able to understand the big hurrah about it either. Honestly I did read this 3 years ago, so maybe if I read it now I would get it, but I only remember being confused. Which does make me kind of want to give it another try now that I’ve read more in the genre (wasn’t big on contemp back then). 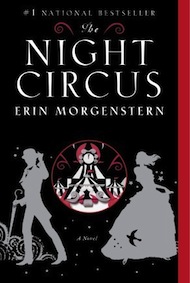 The Night Circus
by Erin Morgenstern

The circus arrives without warning. No announcements precede it. It is simply there, when yesterday it was not. Within the black-and-white striped canvas tents is an utterly unique experience full of breathtaking amazements. It is called “Le Cirque des Reves,” and it is only open at night.

Another one that is very highly praised. I did understand why some love it as it does have an incredible imagery and fantastic writing, but otherwise I was just so bored. The blurb talks of battles between magicians and fierce competitions and high stakes, hence why I expected something much more exciting. Sure it’s flowery but it had nothing to hold me over. It could, however, make an awesome movie which I hear is in the works! [Find my review here.] 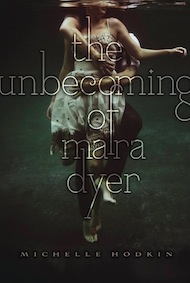 The Unbecoming of Mara Dyer
by Michelle Hodkin

Mara Dyer doesn’t think life can get any stranger than waking up in a hospital with no memory of how she got there.
It can.
She believes there must be more to the accident she can’t remember that killed her friends and left her mysteriously unharmed.
There is.
She doesn’t believe that after everything she’s been through, she can fall in love.
She’s wrong.

GAH I think some of you know by now that this book was a big load of fail for me so I won’t go on and on about it. I jut expected SO much more from it. It was my most anticipated book for what seemed like a very long long from when I saw the cover, then I finally got my greedy hands on it and I was utterly disappointed that it turned into another bleh romance story. [Find my review here.] 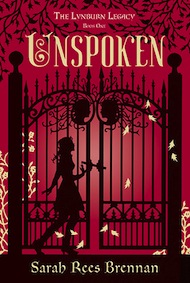 Kami Glass loves someone she’s never met . . . a boy she’s talked to in her head ever since she was born. She wasn’t silent about her imaginary friend during her childhood, and is thus a bit of an outsider in her sleepy English town of Sorry-in-the-Vale. Still, Kami hasn’t suffered too much from not fitting in. She has a best friend, runs the school newspaper, and is only occasionally caught talking to herself. Her life is in order, just the way she likes it, despite the voice in her head.

But all that changes when the Lynburns return.

*Feels Kara’s glare* This sounded so up my alley it felt too good to be true, and sadly it was.  I remember wishing it was less romantic and more… gothic I guess. But mostly with this one I just didn’t feel any connection with the characters which you know can make or break a book.  I don’t really remember a whole lot from it now, but I do recall enjoying the creepiness of the plot at least. [Find my review here.] 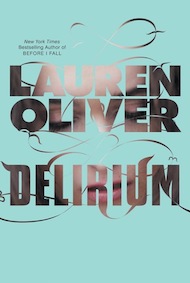 Ninety-five days, and then I’ll be safe.
I wonder whether the procedure will hurt.
I want to get it over with.
It’s hard to be patient.
It’s hard not to be afraid while I’m still uncured, though so far the deliria hasn’t touched me yet.
Still, I worry.
They say that in the old days, love drove people to madness.
The deadliest of all deadly things: It kills you both when you have it and when you don’t.

This one I read pretty recently actually, so I do blame my not being wow-ed by the simple fact that it was my 28312736821767th dystopian this year alone. It wasn’t a bad book, it got a 3, but I was just kind of bored for a while.

I’m hoping I didn’t get too many death glares from this post! But now it’s your turn!
Tell me what book(s) made you feel like the black sheep!

Also, don’t forget to leave suggestions for future topics you’d like to see! 🙂

—
You know you love me!
Xoxo, Book Girl!
The following two tabs change content below.

41 Responses to “Book Girls Don’t Cry: That Time I Was the Black Sheep”