I received this book for free from Hachette Book Group Canada in exchange for an honest review. This does not affect my opinion of the book or the content of my review. 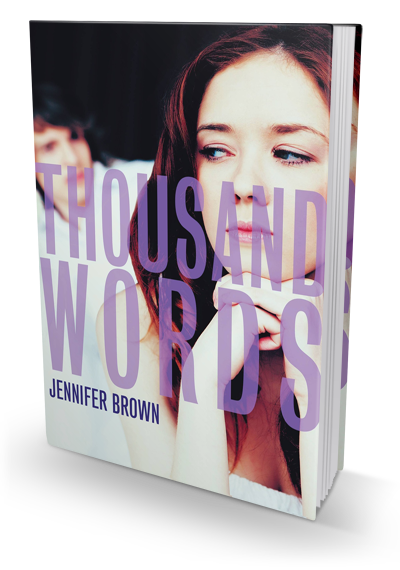 Ashleigh’s boyfriend, Kaleb, is about to leave for college, and Ashleigh is worried that he’ll forget about her while he’s away. So at a legendary end-of-summer pool party, Ashleigh’s friends suggest she text him a picture of herself — sans swimsuit — to take with him. Before she can talk herself out of it, Ashleigh strides off to the bathroom, snaps a photo in the full-length mirror, and hits “send.”

But when Kaleb and Ashleigh go through a bad breakup, Kaleb takes revenge by forwarding the text to his baseball team. Soon the photo has gone viral, attracting the attention of the school board, the local police, and the media. As her friends and family try to distance themselves from the scandal, Ashleigh feels completely alone — until she meets Mack while serving her court-ordered community service. Not only does Mack offer a fresh chance at friendship, but he’s the one person in town who received the text of Ashleigh’s photo — and didn’t look.

With technology allowing us constant and worldwide communication, sexting is an issue that was not even possible when I was in high school (way to make me feel old!), so stories like these are real eye openers to the damages that an online world can have with a simple error in judgment. Especially to someone as young as Ashleigh who is in an age where you feel invincible, yet mistakes happen, friends often betray each other, and boyfriends rarely last. It also importantly points out how permanent things are online. Once words or pictures, are out there, there is no deleting them, ever. Not only does this book give us a realistic, well handled story of something so very undoable, so scandalous, it also sends an important message to teens who may not realize how easily a situation like this can come about. One thing I’m sure of: it can’t be easy to be a teen in these times, where everyone and everything is out in the open. (Ok, I’m not THAT old, we did have the internet — ICQ anyone? — but no one really used it much, then. *sigh* pre-Facebook times!)

A past and present POV is how we learn of Ashleigh’s story. We first meet her when she’s starting the community service she was sentenced to. While she’s slowly making a new friend and trying to make due with how tattered her life seems, we get regular chapters that go back to before anything ever happened. This is where we find out what lead to her taking a risk that she will regret for the rest of her life. Past and present POVs don’t always work, but for a story like this, I found it to be the perfect way to tell it. We’re able to get the emotional and mental ramifications of her ordeal from the start, making it so when we’re taken to her past we’re left cringing, for knowing what will come of it. It also makes it easy to put ourselves in her shoes, somehow. It’s like seeing her regret and humiliation makes her past mental status more accessible. Additionally, we’re shown how much growth her character was forced into by going from a girl who had it all (though she wasn’t in any way written as a stereotypical mean girl), to someone who only has regret. While some would have become an emotional mess in her shoes, I admired how strong Ashleigh stayed throughout all of it. She does have her breakdowns which are expected, but overall I loved how she becomes stronger for it. It would have been so easy to go melodramatic with this story, but Brown explores a different side: the side where the character does not get overrun with emotional and mental onslaught. Instead, Ashleigh takes back her life and that, to me, is the second most important message of the story. Even when things are at its worse, how you react and take charge of your mistakes are what will make a difference in the end.

Like all Jennifer Brown books, Thousand Words has just the right amount of heart, friendship, family, and emotion; it grabs you, but it remains a quick and easy read nonetheless.