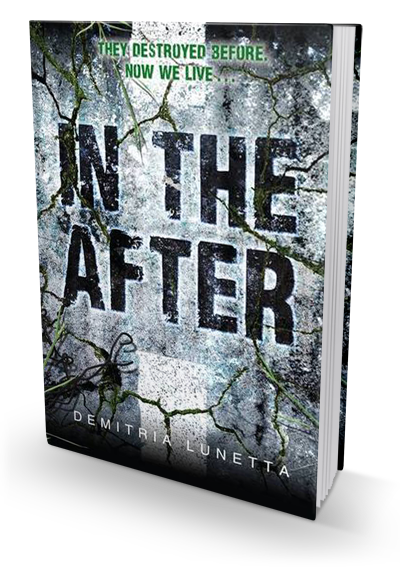 In the After by Demitria Lunetta
Series: In the After #1
Published by HarperTeen on June 25th 2013
Genres: Post-Apocalyptic, YA
Source: HarperCollins
Buy on Amazon
Goodreads

The world in In the After has just been attacked by an alien species who are terrifyingly similar to zombies. These creatures eat humans, they’re dumb, and they’re relentless (they keep trying to get at you no matter how painful it may be to them). It is a tad reminiscent of The 5th Wave, although that book philosophizes more on what it means to be human and the consequences of such an event on humanity as a whole, whereas In the After concentrates on the main characters’ direct survival story. It’s fascinating to see the adaptive capacity of human beings.
This book is Amy and Baby’s story, and a great example of why I love this genre.

39 Responses to “Review: In the After by Demitria Lunetta”