I received this book for free from Hachette Book Group in exchange for an honest review. This does not affect my opinion of the book or the content of my review.

DAI, trying to escape a haunting past, traffics drugs for the most ruthless kingpin in the Walled City. But in order to find the key to his freedom, he needs help from someone with the power to be invisible....

JIN hides under the radar, afraid the wild street gangs will discover her biggest secret: Jin passes as a boy to stay safe. Still, every chance she gets, she searches for her lost sister....

MEI YEE has been trapped in a brothel for the past two years, dreaming of getting out while watching the girls who try fail one by one. She's about to give up, when one day she sees an unexpected face at her window.....

In this innovative and adrenaline-fueled novel, they all come together in a desperate attempt to escape a lawless labyrinth before the clock runs out.

“There are three rules in the Walled City: Run fast. Trust no one. Always carry your knife.”

I admit, this is all I read of the blurb before I dived into this book in line at BEA, so what I expected was some kind of dystopian. And in a way, it is a dystopian-like setting inside the city itself, but this book is not a dystopian/post-apocalyptic story at all. It’s a contemporary thriller. Outside the Walled City, the world is just like ours today, with modern civilization and normal people living normal lives. Inside this city, however, we’ve got another story. In a gist, this book is about the horrors of human trafficking in a city without laws, controlled by gangs and criminals, ruled by brothel owners and drug lords. THERE IS NO SCI-FI IN THIS NOVEL!

The Walled City was inspired by the very real, very intimidating Kowloon Walled City that existed in Hong Kong not so long ago. Knowing events in the book really happened in our own world made it all the more horrific. Hell, human trafficking is still happening today. From the author’s notes, in 2006, nearly 2 million children were trafficked into the sex trade. That is some scary ass statistics if you ask me. As expected, now that you know what this is about, parts of the story are quite disturbing, but it’s not overly gory for the fun of it. Don’t get me wrong, there’s plenty of bloodshed and violence, but it’s done in a way that’s made to show the grittiness that is life inside such a city. And let’s take a look at this for a moment (source: Mail Online’s “A Rare Insight Into Kowloon Walled City” which I urge everyone to read as it’s quite eye opening!): 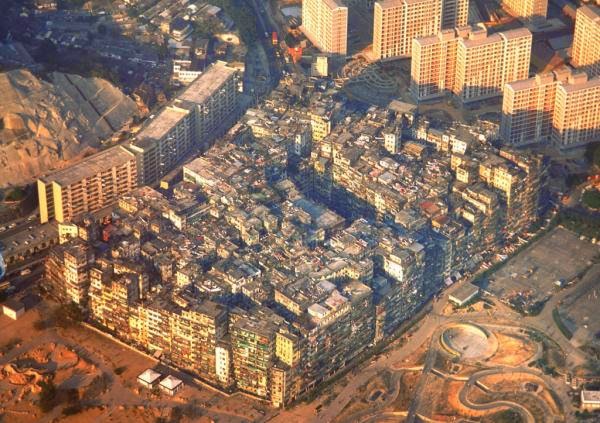 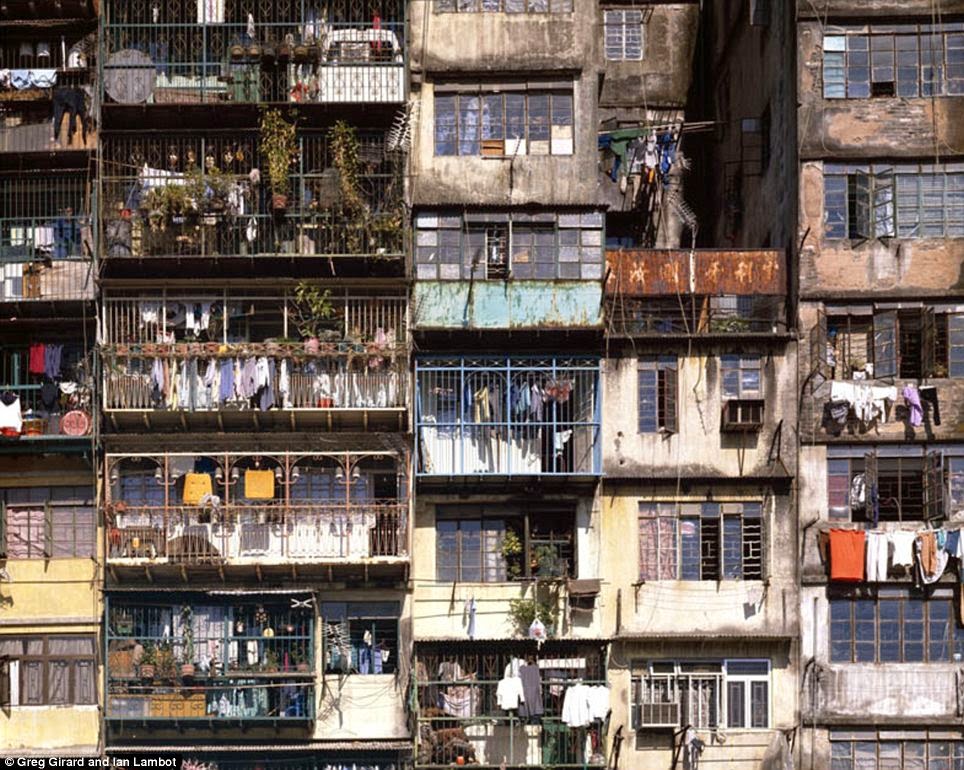 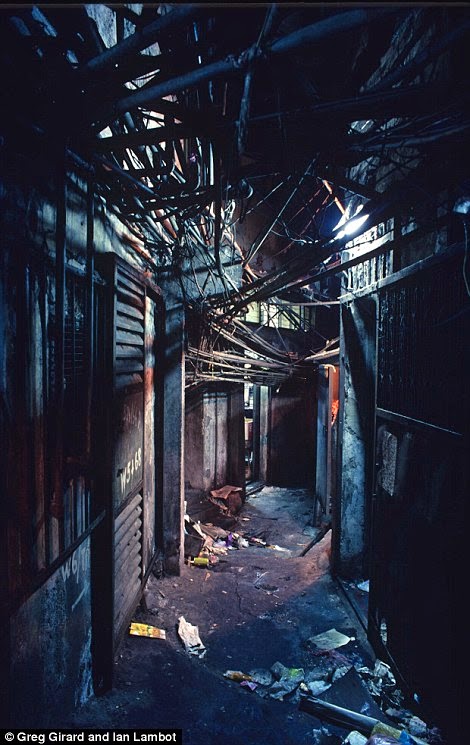 After seeing this once I finished the book, I have to say that the author nailed the grim atmosphere and claustrophobic streets. She painted this exact picture in my mind of dirty, ominous streets that never see sunlight – it feels like a prison in itself.

This novel is narrated by 3 different characters who give us different perspectives of this city. One is inside the brothels, a girl sold to them by her alcoholic father. Another is a boy from a rich family who, after making a mistake, lives in fear of his days running out. The 3rd, and my personal favourite, is a young girl who disguises herself as a boy to survive the Walled City streets and save her sister. All three perspectives are closely tied together, unbeknownst to them at first. This made for a highly compelling story where you’re anxiously awaiting what seems like rather horrific outcomes, while wondering how badly they will become intertwined. What I also enjoyed was the romance. It’s kept light throughout, with only hints of a spark here and there, but most importantly it’s free of tropes like insta-love and love triangles. I especially appreciated how a boy-girl partnership between two of the narrators was kept totally platonic. How refreshing!

I did have one minor qualm. Whether it be ignorance or a simple lack of knowledge, before I read the author’s note at the end, I had no idea about Hong Kong’s Walled City and I kept waiting for some kind of explanation or “world building” (expecting a dystopian and all) that would tell me how the heck this city existed, exactly. Some explanations are given about how it came to be, but very briefly, as if we were expected to know already (I only clued in after reading the author’s note that, being based on the real-life thing and all, we probably were supposed to). Still, a quick history of how a city like this gets built would have been appreciated. Or at least a prologue explaining the origins of the real Walled City. Anyways, it was a complaint I had while reading that ended up being irrelevant.

What you should expect: Sex trafficking, brothels, drug lords, street gangs, hunger, poverty, claustrophobic living, dirt on top of dirt – Welcome to the Walled City! A place where criminals make the rules, and survival is a daily struggle.

25 Responses to “Review: The Walled City by Ryan Graudin”