I received this book for free from Entangled Publishing in exchange for an honest review. This does not affect my opinion of the book or the content of my review. 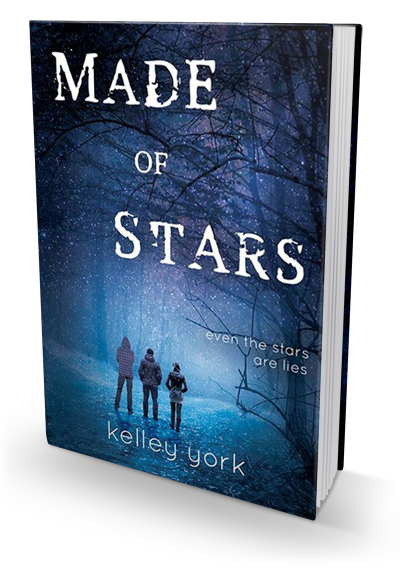 When eighteen-year-old Hunter Jackson and his half sister, Ashlin, return to their dad’s for the first winter in years, they expect everything to be just like the warmer months they’d spent there as kids. And it is—at first. But Chance, the charismatic and adventurous boy who made their summers epic, is harboring deep secrets. Secrets that are quickly spiraling into something else entirely.

The reason they've never met Chance’s parents or seen his home is becoming clearer. And what the siblings used to think of as Chance's quirks—the outrageous stories, his clinginess, his dangerous impulsiveness—are now warning signs that something is seriously off.

Then Chance's mom turns up with a bullet to the head, and all eyes shift to Chance and his dad. Hunter and Ashlin know Chance is innocent...they just have to prove it. But how can they protect the boy they both love when they can’t trust a word Chance says?

I didn’t love this as much as Hushed – which was more my genre being a horror and all – but it does have an overall dark theme with a constant flow of mystery regarding a certain character. It’s a story told under a looming grey cloud where you know a disaster is forthcoming, giving it a suspenseful tone throughout. The narrative voices are where I wasn’t fully sold and ultimately stopped me from giving it my all.

Made of Stars is told through a dual perspective of a brother and a sister who have met Chance during summer break at their dad’s place. Every year they meet up and have a memorable summer, then have no contact with him until next time . This year, however, things have changed. They’re now a bit older and are realizing that Chance’s life is not what he made it out to be. While I didn’t dislike the characters- they’re actually pretty likeable with their great group dynamic and unwavering bond – I found both narratives hard to distinguish. I regularly had to make a conscious effort to remind myself which perspective I was currently reading. The ebook format on my reader didn’t help, surely, as twice I completely missed that the POV had changed.

With Ashlin and Hunter narrating this book, one would assume it is telling their stories, however Made of Stars is not Hunter or Ashlin’s story at all. This is Chance’s story. Chance is definitely my favorite of the 3. I found his character arc incredibly engaging and complex. He’s broken, obviously lying about, and running from, his home life. Being a master of hiding behind a tough facade, I feel like I didn’t get to know the real Chance; him to the core. Though I believe this is how Kelley intended it. We do learn just how broken he really is, as well as what’s behind it, which is often the most we can hope for with tragic stories like these. However, being kept at arm’s length from Chance together with the lack of distinctive voices made it impossible for me to emotionally immerse myself in these characters. I didn’t feel all the feels with this one. I also was not a fan of the way it ended, it offers no closure at all. I can’t say it wasn’t realistic, or maybe even perfect for what this story was meant to be, but nevertheless…

I do appreciate the non-stereotypical approach Kelley takes with her books. Especially how she implements LGBT themes which, frankly, I find refreshing for a YA romance. It involves characters that lack any stereotypes in and of themselves. The realism is also a strong factor where we see Hunter beginning to realize his feelings for Chance and the internal conflict this elicits.

There is an honest, raw quality to Kelley’s writing that I truly love. It’s what made me a fan of hers in the first place. I think Chance’s story, which is twisted and somewhat bittersweet, deserves to be read and despite my problems with the narratives I’m glad that I did.

17 Responses to “Review: Made of Stars by Kelley York”