1. Georgia Peaches and Other Forbidden Fruit by Jaye Robin Brown 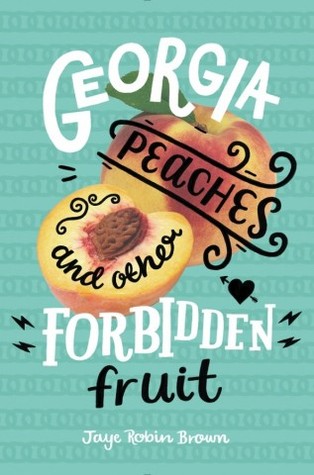 Joanna Gordon who has been out and proud for years is asked by her father to “lie low” when they move to a more conservative town. Sparks fly though when she meets the sister of a new friend…. WHAT WILL SHE DO???

2. Been Here All Along by Sandy Hall 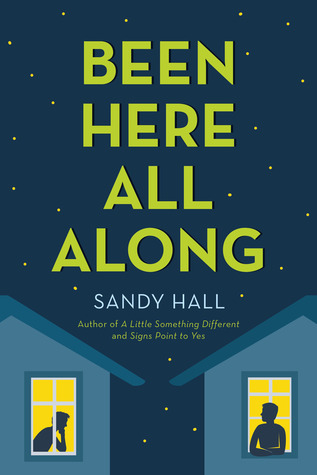 This book is basically Taylor Swift’s You Belong With Me music video come to life so…. yeah. Gideon and Kyle have been bffs 5ever so when the two of them start have more than friends feelings for each other things become a little complicated… especially because neither of them know how the other feels and Kyle has a GF… OOPS (don’t worry though, he isn’t a cheater)? 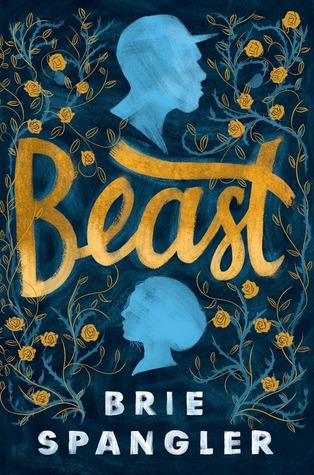 Beauty and the Beast with a trans character. *fist pumps* 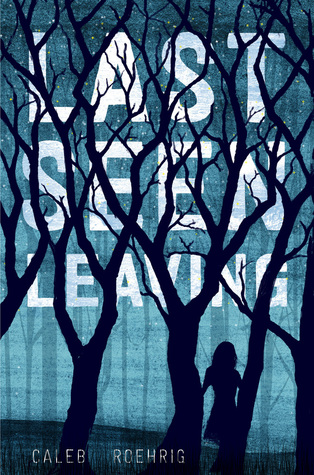 Flynn’s girlfriend disappears and he basically has no idea what happened even though people are looking at him, expecting answers for things he doesn’t know. As he starts digging deeper though, he will have to confront the truth about himself *DUN DUN DUN*

5. As I Descended by Robin Talley 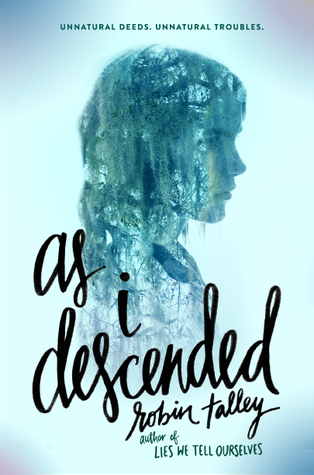 “A Shakespeare inspired story of revenge and redemption, where fair is foul and foul is fair.” There is also dark power waiting to be harnessed in the book and basically all of this makes me squeal with evil delight. MUAHAHAHA

6. When the Moon Was Ours by Anna-Marie McLemore 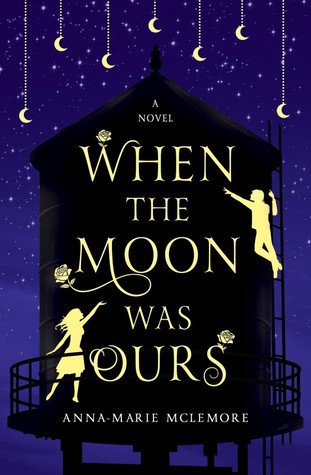 Miel and Sam are bffs going on potentially something more and are a little strange according to the people around them. Roses grow out of Miel’s wrist and Sam paints and hangs moons in trees. Basically, I want this book right now. 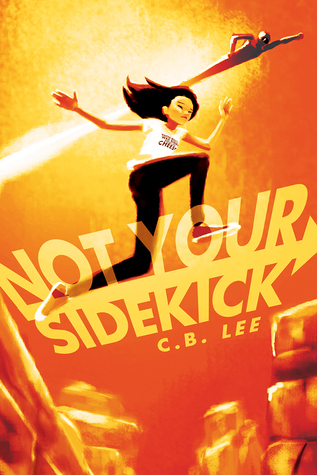 Jess comes from a line of superheroes but doesn’t have any superpowers. Instead, she is looking to spend the summer doing a paid internship to beef up her college applications but the internship she lands turns out to be for the town’s most heinous supervillain…. 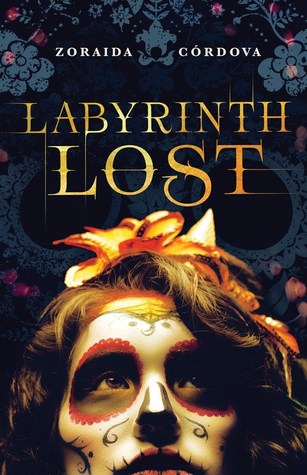 Alex is a superpowerful witch but unfortunately, she just isn’t that into magic. At her Deathday celebration, she does a spell to get rid of her power but it backfires and her whole family vanishes into thin air. How she gonna get them back? She gonna travel to Los Lagos, the land in-between AND GET HER FAMILY BACK. 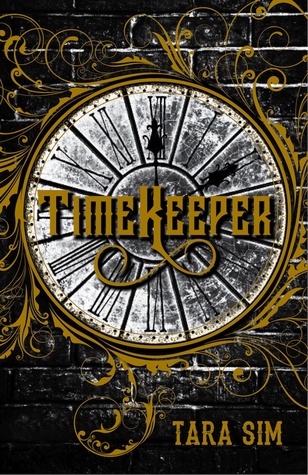 In this alternate reality, the world is controlled by clock towers and a damaged clock can fracture time. Danny Hart is a prodigy that can repair clockwork and the very fabric of time so he gets assigned to Enfield, a place where the clock tower is always having problems. He also meets a cute boy who isn’t what he seems. 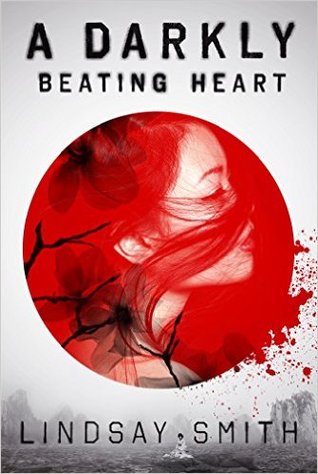 Alternating between modern day and 19th century Japan, A Darkly Beating Heart tells the story of a girl who is gonna have to confront the darkness lurking in her soul. Reiko is full of hatred and no one is quite sure what to do with her so her parents send her to Japan to send sometime with her family and to learn to control her emotions. There (in the 19th century) she meets a girl who is even more bent on revenge than she is.

I am slowly getting more and more into instagram and trying to be more creative with my pictures but it is SO hard and takes so much effforrrttt.. so I decided to share all my knowledge about bookstagramming with you. Basically, lots of deleting and hating your pictures.

How to Bookstagram in 9 Easy Steps 1. Get your bookstagraming spot set up 2. Look through all your shelves and contemplate what you feel like photographing. Pull out a shit ton of books, even though you won’t photograph all of them. 3. Take one photograph. Hate it and take 10 more. 4. Hate everything and delete all the photos. 5. Try something new. Re-arrange the books, put in some more props. Take a bunch more photographs. 6. Get your…

END_OF_DOCUMENT_TOKEN_TO_BE_REPLACED

It’s been a whole month since I’ve done one of these! Life got in the way so I apologize. It’s summer now so I am BACK with another of Cover Battles! This time, I am going to be battling hardcovers and paperbacks. I love my hardcovers but sometimes, a paperback is just PRETTIER and more affordable. Other times, a paperback doesn’t live up to the amazingness of the book inside and other times, THEY ARE EQUALLY PRETTY.

SO go forth and vote for which cover is PRETTIER! May the best cover win! 😀

END_OF_DOCUMENT_TOKEN_TO_BE_REPLACED

As a self proclaimed cover-whore, I enjoy judging books by their covers. I’ve noticed that when authors publish books through one publishing house, their covers are usually coordinated in ways that distinguish their books from other books. So this time for Cover Wars, I decided to battle out a single author’s covers. So go forth and choose your favorite Sandy Hall book-cover!

END_OF_DOCUMENT_TOKEN_TO_BE_REPLACED

To celebrate the release of the last book in the Raven Cycle series, I decided to do a special cover battle edition featuring all the covers in this series. Which US cover is your favorite? Do you prefer the UK covers? Go forth and vote, young padawaans.

END_OF_DOCUMENT_TOKEN_TO_BE_REPLACED

Welcome to the third round of EPIC COVER BATTLES. This time, the US covers will be battling some UK covers and giving them a run for their money. So go cast your vote for your fav covers!

END_OF_DOCUMENT_TOKEN_TO_BE_REPLACED

Welcome to the second round of EPIC COVER BATTLES. This time, the US covers will be battling some AUS covers. So go cast your vote for your fav covers!

END_OF_DOCUMENT_TOKEN_TO_BE_REPLACED

One of my favorite things to do is compare covers and occasionally bitch and moan about how I wish I owned a certain edition of a book because it is prettier in my opinion. So, I decided I wanted to do a cover feature where covers ‘battle’ against each other and you guys can pick which cover you like better! This feature is inspired by the Cover Fever feature done at The Readers Den.