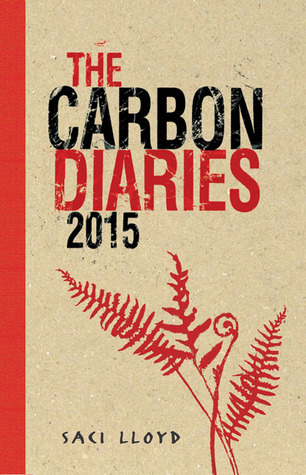 I read this series back when I was a little bb8 but it was SO good and interesting. It imagines a futuristic (or maybe not so futuristic) world where carbon needs to be rationed because of the extreme effects of climate change. Written in a diary format and has a diverse cast (if I remember correctly.) 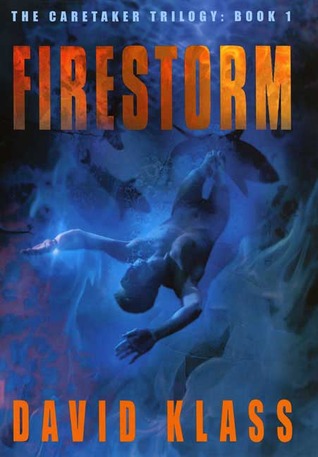 Another futuristic world where a chosen one has to travel through time to save the world from the dire consequences of climate change. I read it ages ago but remember devouring this trilogy and loving it.

3. Not A Drop to Drink by Mindy McGinnis 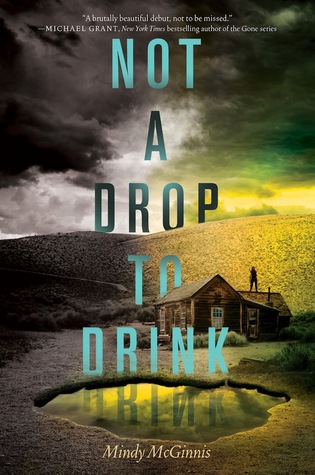 Set in a world where water is incredibly limited. The MCs family fights to protect their one source of water and the book seems to have a lot of survival-lit vibes. 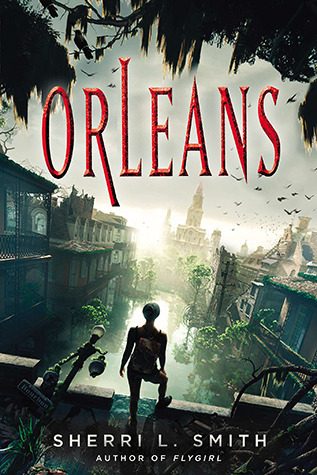 #ownvoices book featuring an MC of African descent. Book takes place in a post-apocalyptic world that has been shattered by heavy storms and disease.

5. Love in the Time of Global Warming by Francesca Lia Block 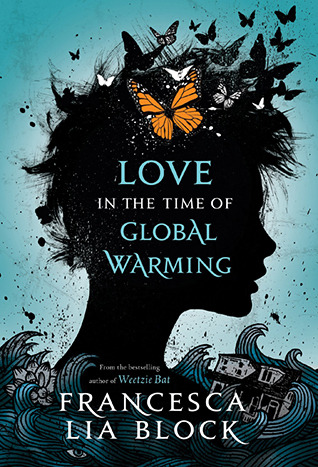 Set in a world that has been torn apart by global warming and an MC that is guided in her search for her family by a tattered copy of The Odyssey. Features diverse characters.

**put together with the help of my Environmental Studies Professor**

This is probably the obvious one and one I grew up watching but keep in mind it won’t inspire much hope. One of my profs biggest criticisms of it was that the documentary did not provide any solutions. 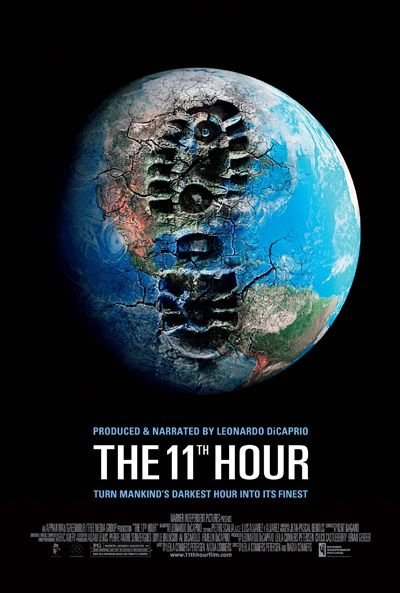 Almost a decade old as well but has Leo DiCaprio 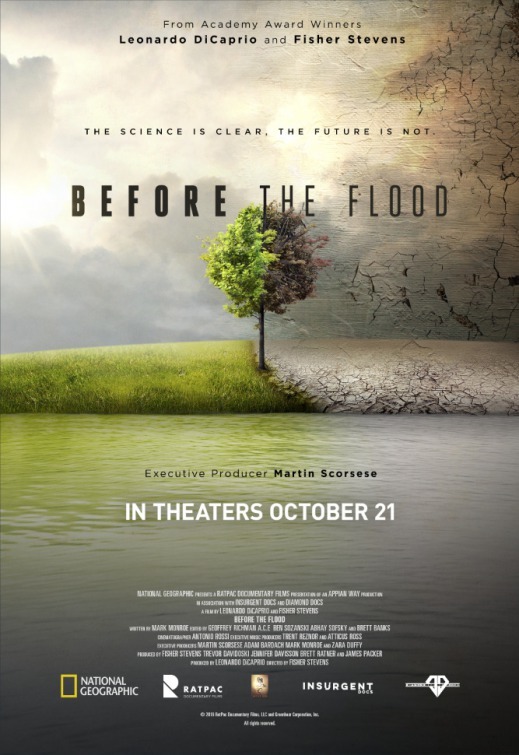 Another Leo DiCaprio one. He gifted this one to Ivanka Trump too because he is fab like that. It came out end of last year and has received some glowing reviews.

I actually watched this one too and would highly recommend. It is a terrifying to see how much the ice caps have changed over the course of just our lifetimes. Also on Netflix.

5. Six Degrees Could Change the World 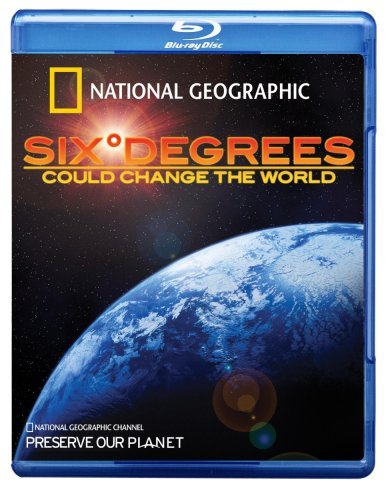 HAS ALEC BALDWIN IN IT. Also a little bit more scientific than the others but worth the watch according to my prof. I am definitely gonna be watching it either way.

If you want more recs please feel free to ask! I have a larger list for both documentaries & books. Also feel free to share some of your own recs in the comments 🙂

A major part of being a bookworm is owning a LOT of bookish merchandise. Be it candles, book markers, prints and all that jazz. This list will feature some of my fav places to window shop, shop and drool at goodies over. List is in NO PARTICULAR ORDER.

At this point, Frostbeard is probably the ultimate place to buy candles from and has been around since before I was born (JK), but I thought I’d feature it anyway BECAUSE THEIR CANDLES make my heart beat faster.

Brittany, the shop owner, is also a book blogger which means she knows exactly what it is that we want book nerds want. Her candles…

END_OF_DOCUMENT_TOKEN_TO_BE_REPLACED

I was planning on doing this post at the end of last year (I cannot fucking believe 2016 was ‘last’ year) but a lot of things came up so HERE I AM with my most anticipated! I also have a giveaway on Twitter for some of my most anticipated books if you are interested (it includes some books not mentioned here but also I am limiting myself to 15 here SO I CANNOT INCLUDE EVERYTHING.) This list is not even the top of the iceberg because there are SO MANY GOOD books coming out this year and IDEK how to handle it. I am going to stick to the first half of 2017 in this list.

1. Here We Are… edited by Kelly Jensen

I am SO FUCKING EXCITED FOR…

END_OF_DOCUMENT_TOKEN_TO_BE_REPLACED

For the end of this year, I am here with some of my favs (and not fav) reads of the year AND I AM NOT ALONE. The #squad got together to bring to you this list of awesomeness. Hopefully you’ll find some books to add to your TBRs or give to friends! 🙂

A book with a title that SCREAMS ‘read me’ A cover that made you swoon because of the gorgeousness A sequel that lived up to book 1 A trilogy that concluded with you dying of heartbreak because you were so sad to see it end. A love to hate romance that made you feel all tingly on the inside A book with a kiss worth dying for A book with a super cute romance A book…

END_OF_DOCUMENT_TOKEN_TO_BE_REPLACED

Two days ago, I asked the internet for some TV show/movie recs that featured, were produced by or directed by more diverse people so that I could be consuming more diverse media in general as opposed to just reading diversely.

The internet was on point and gave me A LOT of recommendations. I am not making a list of everything that was recommended because that would be a long list but I thought I’d share a couple of shows recommended to me so that you might also add them to your to-be-watched lists! 🙂

1. The Get Down (a Netflix Original)

The Get Down was recommended 5 times and because I live under a rock, I hadn’t heard it prior to this. It sounds right up my ally though and…

END_OF_DOCUMENT_TOKEN_TO_BE_REPLACED

Yesterday, I posted a review for The Book Jumper talking about my disappointment because I am really into books about books and thought I’d do a follow-up today recommending some A+ books about books (most I’ve read and others come highly recommended by friends.)

1. The Invisible Library by Genevieve Cogman

END_OF_DOCUMENT_TOKEN_TO_BE_REPLACED

There were SO MANY good books that came out this year but this year has not been a good one for reading for me. There are books I was eagerly anticipating but ended up never reading. This post is a shout-out to some of those wonderful books and maybe you’ll read them and shower them with the love they deserve. These books are listed in no particular order 😉

1. A Torch Against the Night by Sabaa Tahir

I read Ember in the Ashes back in December 2014 and the cliffhanger at the end of that book had me eagerly anticipating this one. I WANTED THIS BOOK SO BADLY but ended up never reading it because wow time. I might still be able to squeeze it in before the year ends…