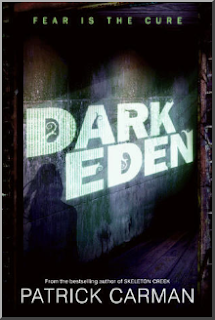 Starting over sucks. When we moved to West Virginia right before my senior year, I’d pretty much resigned myself to thick accents, dodgy internet access, and a whole lot of boring…. until I spotted my hot neighbor, with his looming height and eerie green eyes. Things were looking up.

The hot alien living next door marks me.You heard me. Alien. Turns out Daemon and his sister have a galaxy of enemies wanting to steal their abilities, and Daemon’s touch has me lit…

END_OF_DOCUMENT_TOKEN_TO_BE_REPLACED

Spencer Nye can’t control the rage bubbling under her skin over the world around her. The trouble is, by the year 2102, the world has solved most of its great problems. Without hunger, war, greed, or even money, people obsess over the glamour of the Culture Industry and its mega-celebrity Idols, who vie for followers over the social networks of Connect.

But Spencer discovers there is plenty to fix within the Idols’ competition for more popularity. She becomes a diehard and promises to do anything to help her Idol, a dreamy movie star named Cleary Mintz, bring his vision of hope and purpose to the world. When she stumbles onto a threat against his life, she’ll have to fight harder than she ever thought…

END_OF_DOCUMENT_TOKEN_TO_BE_REPLACED

A truly magical story! Liesl & Po will open your hearts and make you reminisce on your childhood days…

END_OF_DOCUMENT_TOKEN_TO_BE_REPLACED

This was actually better than I expected. When I read vampire or…

END_OF_DOCUMENT_TOKEN_TO_BE_REPLACED

The Name of the StarMaureen JohnsonReleased September 29th, 2011by G.P. Putnam’s Sons

Soon “Rippermania” takes hold of modern-day London, and the police are left with few leads and no witnesses. Except one. Rory spotted the man police believe to be the prime suspect. But she is the only one who saw him. Even her roommate, who was walking with her at the time, didn’t notice the mysterious…